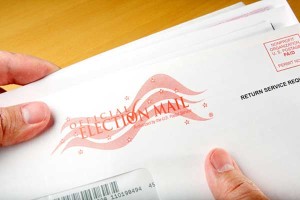 SACRAMENTO –The State Assembly voted today to send to Gov. Brown for his signature a bill by Assemblywoman Lorena Gonzalez (D-San Diego) that authorizes a pilot project that will help the State of California address the low voter turnout and high costs of special elections by instituting a 5-year vote-by-mail trial in San Diego County.

“We have all watched as voter turnout has plummeted in recent elections, and it’s our responsibility to do something about it,” Gonzalez said. “The program created by AB 1873 protects the integrity of the voting process, and by investing in voters it strengthens the foundation of our democratic system.

Upon opting in to this pilot program, the County of San Diego would be required to meet several conditions that will improve a voter’s opportunity to cast a ballot in special elections.

Under AB 1873, every registered voter would be mailed a ballot with return postage paid, and voters would also have the opportunity to vote either at an early voting location the weekend before Election Day or on Election Day at a limited number of polling places for special elections held in San Diego County for Congressional or state Legislative vacancies. These special elections have historically resulted in low voter participation – with often less than 20 percent of registered voters casting ballots – and millions of dollars in costs to county taxpayers that, unlike statewide elections, are not reimbursed by the state.

The bill was supported by the County of San Diego, as well as the California State Association of Counties, California State Association of Letter Carriers, the Rural County Representatives of California, and more. Assemblywoman Gonzalez worked diligently with San Diego County Registrar of Voters Michael Vu, the Office of the Secretary of State, and several disability rights, language access and voting rights activists to improve this innovative voting bill.

AB 1873 was approved by the Assembly on a 44-24 vote after it passed the State Senate with 24-8 voteThursday morning. Gov. Brown has until Sept. 30 to sign or veto the bill.