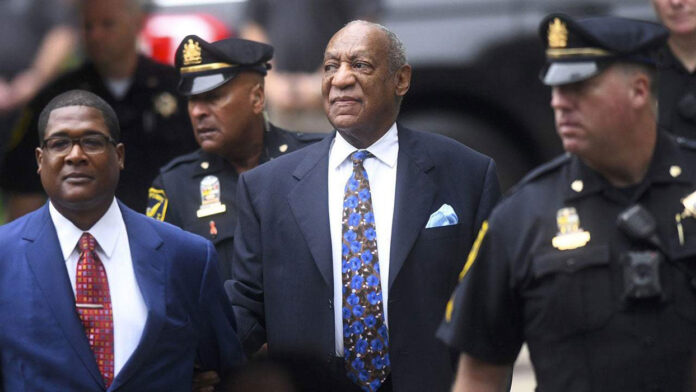 Over a month ago, lawyers for Bill Cosby formerly filed a motion to the state Supreme Court in Pennsylvania, seeking to overturn the three guilty verdicts handed down in 2018.

The August filing states that the trial court stripped Cosby of the presumption of innocence and relieved the prosecution of its burden of proof when it allowed the jury to hear decades-old, excessive uncharged bad act evidence that was absent a legitimate propensity purpose.

Specifically, allowing testimony from five women who offered varying accounts of Cosby’s alleged sexual misconduct stemming from the 1980s, and Cosby’s highly prejudicial, deposition testimony about his sexual behaviors in the 1970s that involved offering Quaaludes to women he had shown sexual interest.

Cosby’s lawyers remain convinced that since Montgomery County District Attorney Kevin Steele invited the testimony of five women who allegedly had encounters with Cosby in the 1980s, there was no reason to bring up the comedian’s alleged behavior from the 1970s.

In June, the state Supreme Court announced it would hear Cosby’s appeal.

Among other issues, Cosby’s attorneys argue that former Montgomery County District Attorney Bruce Castor previously agreed that Cosby would not be prosecuted in the matter of Andrea Constand if Cosby sat for a civil deposition arising from complaints made by Constand.

“The [District Attorney’s] office issued a formal public statement reflecting that agreement, and Cosby reasonably relied upon those oral and written statements by providing deposition testimony in the civil action, thus forfeiting his constitutional right against self-incrimination,” the lawyers wrote in support of their argument for a new trial.

“The [Appeals] panel erred in affirming the trial court’s decision to allow not only the prosecution of Cosby but also the admission of Cosby’s civil deposition testimony,” the lawyers stated.

In 2006, Cosby agreed to pay Constand a $3.4 million civil settlement that arose from the relationship the two had between 2003 and 2004.

Cosby has served nearly two years of a three-to-10-year sentence. He is represented by attorneys Jennifer Bonjean of New York, and Barbara Zemlock and Brian Perry of Harrisburg, Penn.