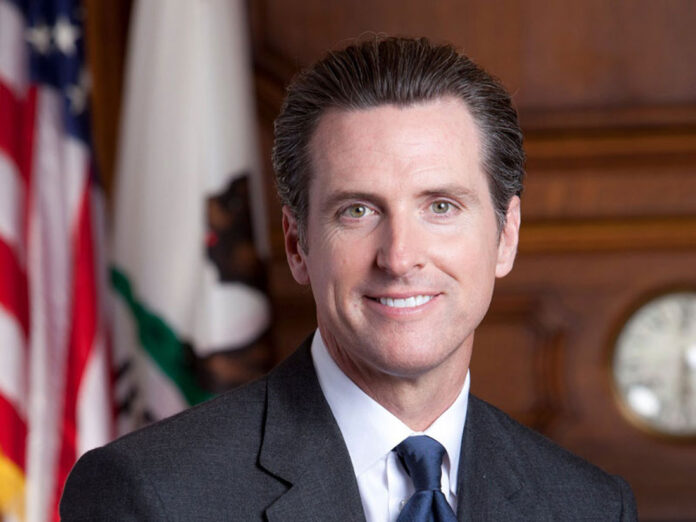 Spurred by the slayings of George Floyd and other Black people in police custody across the country, California Gov. Gavin Newsom on Wednesday banned certain chokeholds as he approved several new laws designed to increase oversight of the criminal justice system.

But amid national calls to defund the police, he vetoed a priority bill of reform groups that would have provided state funding for community organizations to take over some police duties in an effort to deescalate confrontations.

Newsom supported the concept of the bill, which passed with near-unanimous bipartisan support, but objected to how it would have been administered.

The veto “is in sharp contrast to his promises to address systemic racism and violence in policing,” said Cat Brooks, co-founder of Anti Police-Terror Project. “Shame on you.”

While she noted that Newsom promised to keep working on the issue with lawmakers next year, “how many lives will we lose between now and then?”

The California bill banning neck holds does not apply to the sort of suffocation that killed Floyd in May in Minneapolis and led to months of protests. Floyd died when a police officer put his knee on Floyd’s neck while he was on the ground.

California’s ban applies to arm-based grips including chokeholds that apply pressure to a person’s windpipe, and to carotid holds, which slow the flow of blood to the brain. The ban on chokeholds and other neck restraints followed an order by Newsom in June discouraging use of the holds.

Under another new law, one that has been years in the making, the state attorney general will be required to investigate fatal police shootings of unarmed civilians.

Newsom acted over the objection of the county sheriffs’ association when he approved a law making it clear that county supervisors can create oversight boards and inspectors general with subpoena powers over independently elected sheriffs.