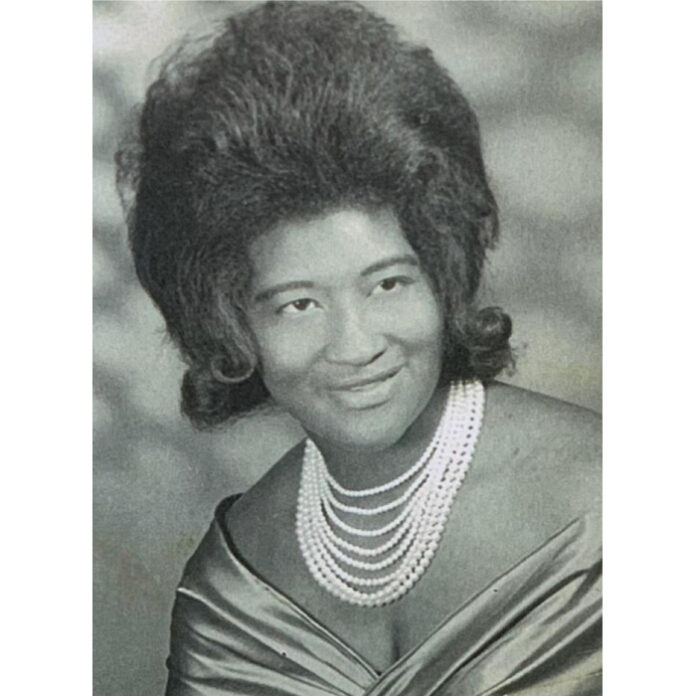 Bernice was born on October 5, 1936 in Pheba, Mississippi to the proud parents of General and Oberia Washington. She was the second born of nine children raised from humble and spiritual beginnings. She attended Petty Elementary  School, Pheba and North Side High School, West Point. Bernice always exceeded her expectations in education, she received Christ at First Missionary Baptist  Church of Pheba, MS and served in Sunday School and Usher Board Ministries.

Bernice united In Holy Matrimony with Charles Sudduth. From this union a son Theotres was born. Later in life she transitioned to San Diego, California. During this journey God blessed her with a baby boy Steven.

Bernice retired as Director of Environmental Services at El Cajon Valley  Hospital, San Diego with outstanding achievements through her many years of  service. Prior she was employed for Point Loma Inn as a housekeeper and excelled to becoming the Manager of House Services.

Bernice was Phenomenal and loving her smile would ignite the room. She  spoke with such a soft tone. She was SIMPLY BEAUTIFUL. She was the Matriarch  of her family, she enjoyed simple things like eating, laughing & talking with her family and others. She also enjoyed dining out Chinese food was one of her  favorites.