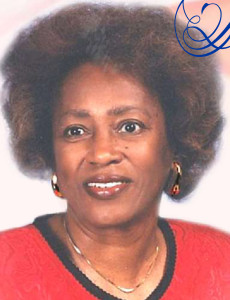 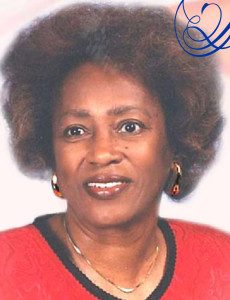 BETTY L. (MASHBURN) BRYSON, a longtime administrator for Sharp Mesa Vista Hospital, died Saturday at her home in San Diego. She was 75. Mrs. Bryson, born April 2, 1940 in Chattahoochee, Florida, was a proud alumna of Carter Parramore High School in Quincy. She graduated in 1957, the year she was student body president. She went on to Atlanta’s Grady Memorial nursing school and was just 20 years old when she earned the title of registered nurse. She was president of the Grady class of 1960 and her fellow students voted her “cutest.’’ Her first job was as a surgical nurse at Grady, where she met her husband, Andrew Bryson, then a clinical chemist at the hospital. When an Army civilian posting took Andrew Bryson to Savannah, Illinois in the 1960s, the city hospital was so eager to have the services of both Brysons that junior nurses were sent to their home to babysit their two young daughters. This in a town where the family initially found it difficult to rent an apartment because of racism. White landlords would see the black couple approach and flip signs from “vacancy to “no vacancy.’’ The Brysons persevered and helped build a community that had been ready to reject them. The family later moved to Pueblo, Colorado, where Andrew worked for the Army Depot and Betty for the state hospital. After moving with her husband and two daughters to San Diego in the 1970s, Mrs. Bryson earned a degree in hospital administration from the then Chapman College. She began working for Mesa Vista, a psychiatric facility, in 1975, and continued when it was acquired by Sharp in 1998. Upon her retirement in 2006, a co-worker wrote that she was “a sage lady who carries herself with grace and power.’’ And she carried herself with style. She wore street clothes to Mesa Vista, and her gorgeous suits and improbably high heels were an expression of her personality her self assurance, her sense of beauty and her willingness to try new things. She loved to shop for clothes, for art and for over-the-top costume jewelry, with rings the size of golf balls a particular favorite. She also found great pleasure in beating her daughters at Scrabble, going to the theater with her dear friend the late Iris Hirshberg, tending her roses and listening to the music of Gladys Knight, Dinah Washington, Dionne Warwick Nancy Wilson and Brook Benton. She responded with pained patience when her husband crooned his imitation of Johnny Mathis. At home, she had a room of her own with a wall of books. She enjoyed Toni Morrison and Anne Tyler, Zora Neale Hurston and John Irving. Owen Meany made her laugh out loud. Under a lace doily inherited from her grandmother sat a sewing machine she had not used since her daughters were young. The room also was where she kept the stationery supplies she used liberally _ something well-known to the many recipients of the loving and encouraging notes she was in the habit of writing in her bold, beautiful calligraphy. At Grady she had been a member of Chi Eta Phi, a sorority whose motto _ “service for humanity’’ _ expressed her personal philosophy. She was for many years an active member of the nursing ministry at San Diego’s Bethel Baptist Church. Knowing what to do and doing it with confidence and competence were a way of caring. When Mrs. Bryson was diagnosed with Alzheimer’s in 2011, she was frightened and angered. She imagined she would lose her ability to show her love. But another nursing skill she had perfected was the ability to be a calm and reassuring presence. Even when her illness robbed her of so much, there were still times when her family could draw strength from simply being with her. Mrs. Bryson will live on in the hearts of her husband of 53 years; her daughters Crystal and Donna (Fredrick Glick); her grandchildren Kiefer Gatlin of San Diego and Thandi Glick of Denver; her sister Delores Mathews (Raymond Mathews Sr.) of Tampa, Fla.; her brother Richard Mashburn (Dorothy) of Tallahassee, Fla.; cousins, nieces, nephews, great-nieces, great-nephews and other relatives and friends.