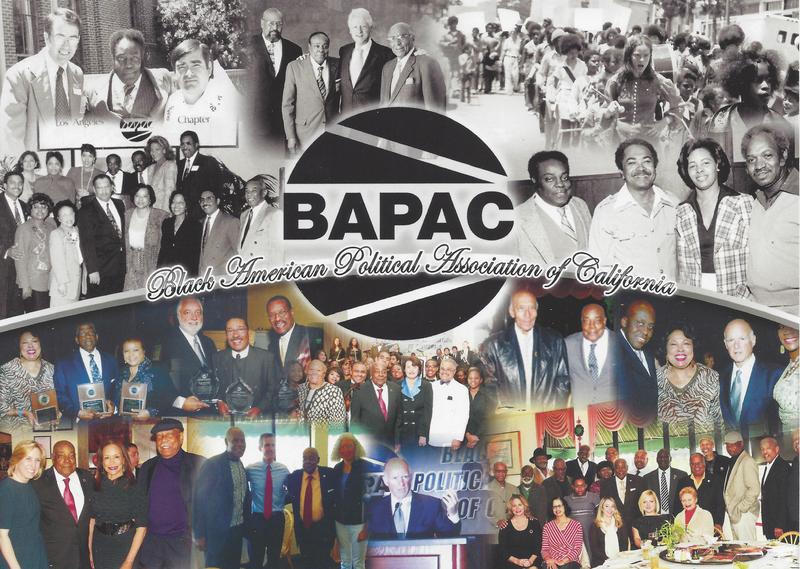 From October 16th to the 18th, BAPAC, the Black American Political Association of California, will host its 37th Annual Statewide Hall of Fame Convention in San Diego, CA. This year’s convention theme is “If You Build It – They Will Come.” As the 2016 presidential election draws near, BAPAC will address concrete strategies and solutions for lifting California’s underserved communities solidly into the American middle class.
“Through a series of workshops, speeches, and subject-specific chat sessions over 400 elected officials, activists, and citizen leaders will be asked to consider the question: Is upward mobility into the American middle class, for Black people, in the main, and also for all Americans, now underway in California? And if not – why not? And what are the immediate and concrete steps we can take to get there?” said BAPAC San Diego’s Board Chairman, Dr. Willie P. Blair, whose chapter is organizing the event.
“Unfortunately, for millions of Americans, especially Black people, the dream of entering the middle class has remained ever elusive,” Dr. Blair went on to say.
This year’s invited guests and convention speakers include well-known civil rights leaders, elected officials, faith leaders, actors, and community activists.
”We’re so excited that the San Diego Chapter of BAPAC will host the upcoming 37th Annual BAPAC Statewide Hall of Fame Convention,” said Ellen D. Nash, BAPAC Statewide Convention Chair. “This has been a demanding, but fulfilling summer schedule. We welcome the task with great optimism and enthusiastic zeal! Convention enrollment is growing on a daily basis.”
In addition to the regular convention schedule, BAPAC will concurrently host a BAPAC Youth Summit with project-based workshops and mentor-led forums throughout the weekend. Youth from across the state will participate in project-based workshops and mentor-led forums in several categories including STEAM and financial literacy.
For the news media, BAPAC’s 37th Annual Statewide Convention is the best opportunity to meet and hear directly from state and national elected officials, next-generation leaders, youth and concerned citizens about issues surrounding education reform, economic opportunity, and cultural equity for Black Americans and all of California’s underserved communities
Journalists are welcomed and encouraged to cover BAPAC’s convention. To pre-register for media credentials, visit www.bapac.org. For more information, call or email Ellen Nash at (619) 665–3878 or support@bapacsd.org.