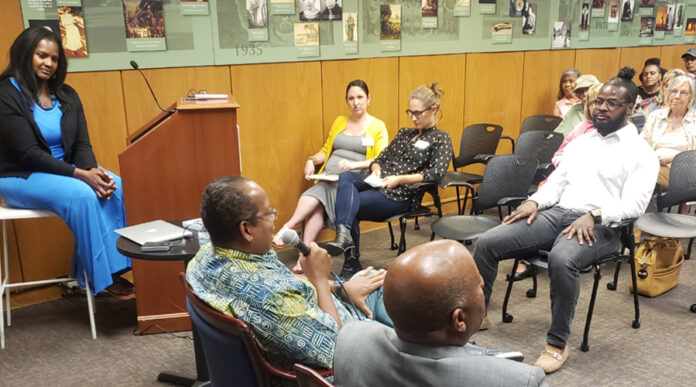 Saturday afternoon October 26th, inside the exquisite confines of the San Diego Museum of Art in Balboa Park, there was an interesting and most educational indulgence of conversation going on about Black Life.

The poignant and visual engagement touched on the reverence of the Civil Rights Movement. It spoke to the essence of change in America during that time period, something so often overlooked in our educational system.