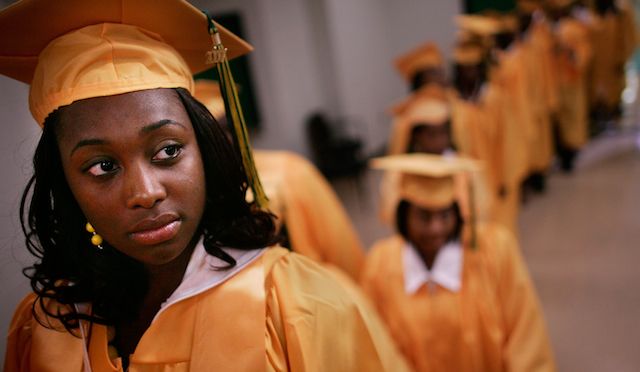 According to a new analysis by the New York Times, Black and Hispanic students are still more underrepresented at top colleges than they were 35 years ago, despite affirmative action policies.

The analysis found that, since 1980, when data for fall enrollment was first available from the National Center for Education Statistics, the share of Black freshmen has remained essentially unchanged. Despite making up 15 percent of the college-age population, Black students make up only 6 percent of freshmen. The gap is 10 points, up from 7 points in 1980.

Hispanic students, meanwhile, are attending more elite schools, but that rate of entry has not, in fact, kept up with the growth of Hispanic students in the United States. The gap between college-age individuals and actual college students has grown from 3 points in 1980 to 9 points.

Terry Hartle, a senior vice president at the American Council on Education, noted that while minority students have certainly gained ground at institutes of higher learning, they have not done so at highly selective schools.

And while programs like affirmative action can certainly help to bolster minority numbers at schools, the truth of the matter is that there are problems that start early on in the education process. Minority students are often confronted with lack of access to better teachers, better resources, and advanced courses, for example.

“There’s such a distinct disadvantage to begin with,” said David Hawkins, an executive director at the National Association for College Admission Counseling. “A cascading set of obstacles all seem to contribute to a diminished representation of minority students in highly selective colleges.”