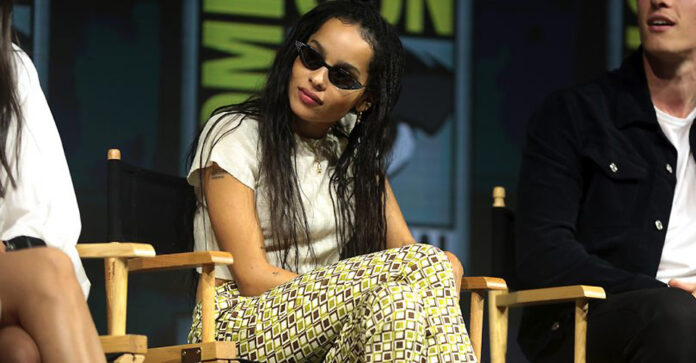 The Blerd Binder covers nerdy news for the Black nerds of the world. We welcome all as we talk about subjects ranging from Movies to Music and Tech to Toys. Today, we will talk about racebent casting in the movie industry.

As far as Blerd Culture is concerned, the casting of Zoe Kravitz (Aquaman, Jason Moama’s stepdaughter) as Catwoman is big news on a number of different levels.

Racebending of fictional characters (changing of a character’s perceived race or ethnicity during the adaptation of a work from one medium to another) has become a hot topic in today’s age of comic book renaissance. 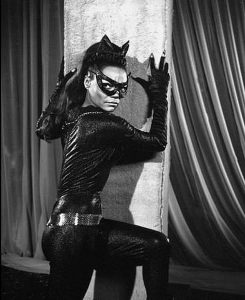 Zoe Kravitz’s Catwoman casting brings me a feeling of nostalgia as I can’t help but think of Eartha Kitt’s turn as Catwoman from the Batman ‘66 show. Based on what Matt Reeves has said about his interpretation of Batman and his surrounding characters, the film will be a story that harkens back to the Dark Knight’s detective roots.

Kitt was one of the earliest actors who racebent a character when she took over the role from White actress Julie Newmar in the third season of the iconic TV show. The casting change was reportedly made because Newmar was filming another movie at the time.

It’s worth noting that Kitt was one of the most recognizable actors to appear the role during the show’s run. Her personification of the character is as close to perfect and unique as she could have gotten without literally plucking the illustrated character from the pages of a comic book. 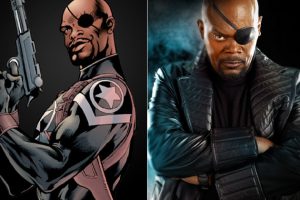 Another example of racebending was Marvel’s casting of Samuel L. Jackson as Nick Fury, even though the race of the character has already been changed in the comics before Jackson was even cast.

According to the site, comicbook.com, “I still buy comic books, so I go to this store in L.A., Golden Apple, and I was in there one day and I’m passing the rack and I see this thing, The Ultimates, and I go, ‘Wow, it looks like me,’” Jackson recalled. “So I started looking, and it’s like, Nick Fury looks just like me, and I’m reading, and he goes, ‘Well, if they make a movie about us, who do you want to play you?’ and Nick Fury goes, ‘Samuel L. Jackson.’ I go, ‘I didn’t give anybody my permission to use my image in a comic book.’”

Jackson goes on to explain that, after calling his agent and explaining how and where he discovered his likeness in a comic book, “She said, ‘Let me call somebody,’” the actor shared. “So she calls Marvel and they say, ‘Well, we are thinking about making these movies and, hopefully, if we make them, he would play Nick Fury.’ I’m like, ‘For real?’”

When the news of Jackson being cast was revealed to the public, the internet went into a frenzy. However, after more than 10 years of playing the character, Nick Fury has become indelibly associated with Mr. Jackson.

Eartha Kitt and Samuel L. Jackson are just two examples of how racebending a character with the right actor can deliver amazing results for a television show or feature film.

These two performances were met with the type of acclaim and mainstream success that is indicative of blockbuster hits. Not because they look different from the original presentations of the characters they portrayed, but because they were the right actors to embody the characters transition from 2D comics to television and film.

However, Kitt and Jackson’s success hasn’t changed the underlying controversy and question: Why not just create new diverse characters?

While purists may always have issues with new interpretations of legendary characters, there’s often a business reason driving the decision to change an existing character instead of developing new characters with a focus on diversity.

At a time when comic book properties are seemingly optioned for television, film and theater projects on a weekly basis, the reason that producers and others don’t just go and make new characters is a matter of economics: Financing these projects is expensive, and to ensure adequate return on investment, the most popular characters with highest consumer awareness are usually chosen as the centerpiece of the show or film franchise.

Some existing characters are so popular that it’s almost be impossible to develop a new character with any reasonable hope of achieving a similarly high level of popularity without significant investment.

Investing to make a completely new character popular enough to be a box office draw, just to cast an actor of color in a role, when there is an existing character that is perfect for the story, makes no sense. Especially since, in many cases, the goal is to find the best actor for the role and, frequently, an actor of color is cast that perfectly embodies role.

Of course, there are times when a racebending isn’t only controversial, it’s also wrong. I am talking about in cases of White Washing, where instead of replacing a white character with a minority actor, a minority character is played by a white actor.

I have two very good examples of this.

A significant portion of the cast of M.Night Shyamalan’s The Last Airbender, and the controversial casting of Tilda Swinton as the  ‘Ancient One’ in Marvel’s Doctor Strange. 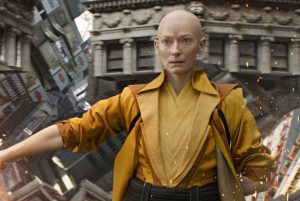 I’ll start with Doctor Strange. I do not have any problem with Swinton’s performance as The Ancient One. I thought the spin on the character was alright, but I did not appreciate the opportunity it took away from casting an Asian actor who could have been the live-action representation.

This signals a problem because most of the time, in fantasy films where magic is involved, the mystical and powerful elder has always been an old White man. I know that Swinton as a woman, is also a minority, so that is a plus, but what does this say to other minorities? Can only elderly White men hold great power and wisdom?

I love Dumbledore from Harry Potter, The Doctor from Doctor Who, Gandalf from Lord of The Rings, and Professor X from X-Men. But there comes a point when all of these characters tend to blend together. You need diverse casting, like in the case of Djimon Hounsou as “The Wizard Shazam” from Shazam to keep things interesting.

And now that most dreaded moment when the entire collective nerd community cringes: Whenever The Last Airbender is brought up in conversation. 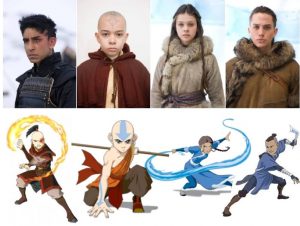 Nearly all of the anime’s/cartoon’s superb characters — heavily based in Asian culture — were replaced with White actors that did not represent those original characters in characteristics, appearance, or even name.

When none of these qualities are present, then they might as well be new characters. This was one case of racebent casting that served no purpose and is insulting to the original material, the creators and the fans that truly love Avatar: The Last Airbender. 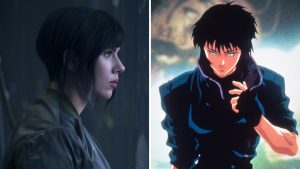 This is an issue that shouldn’t be happening in the 21st century. Scarlett Johannson’s casting in Ghost in the Shell should never have happened. I understand that actors should be able to do what they were hired to do and “act.” but some roles were not meant for certain people. We have to be inclusive of the actors that might not be able to find work outside of the roles that are in their perceived purview. 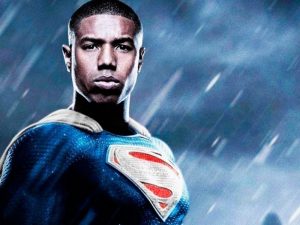 One of the most iconic rumors that ended with rage and fury is when Micheal B.Jordan was rumored to be cast as Superman after Henry Cavill supposedly left the role (these are just internet rumors that have not been made official by DC or Warner Bros).

The internet broke out in such a frenzy that somebody would have thought the world had ended. Numerous online fans said, “Superman can’t be Black.”

All I have to say to that is that Superman has had a history where he indeed was Black so it’s not a stretch to say that one day, we may see a live action adaptation. Calvin Ellis was a black Superman modeled after Barack Obama from the comics, as well as more recently, Val-Zod, who was created in 2014.

On the other side of things, there are times where storyline and lore of the original source material would truly stop a character’s race from being changed. One of the most notable examples is the iconic character, Bruce Wayne.

The Wayne family is said to have had a hand in bringing Gotham City to life and had wealth going back generations as early as the 1700s in America. It would be very hard for an audience to believe that an African American had Wayne family wealth in the 1700s during the period of slavery. That doesn’t mean that Batman can’t be black, but that Bruce Wayne shouldn’t be black. 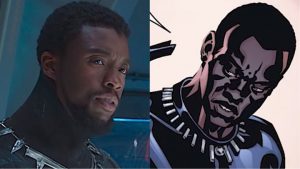 There is also the old argument that “if you make a character who was already White suddenly Black, why can’t Black Panther be White?” I will happily give you the answer to that question. Some character’s lore and location make the character who they are. T’Challa, the Black Panther, is an African King who is native-born and, similar to the case with Bruce Wayne, it would be very hard to write that character as any other race.

We should save our criticism of racebent casting to situations where the casting excludes marginalized groups that would not have been represented otherwise.

We in nerd culture tend to make judgments before we see the final product. Good or bad, casting choices usually come down to the ability of the actors cast in the role and how they well they embody the interpretation of the character the director envisions.

This is an important discussion as we should just allow these actors to show us their interpretation of these iconic characters before we make judgments. But we also need to have cultural awareness so that we know when a culture is taken advantage of or appropriated, as is too often the case with white washing.

I hope that you keep this in mind the next time you watch a TV show or movie where a familiar character looks a little different. Remember, this is about who the younger generation can look up to with pride and see themselves in.

We now live in an age where superhero Films and TV shows are released in droves. There is plenty of room at the table for everyone to feel welcomed.