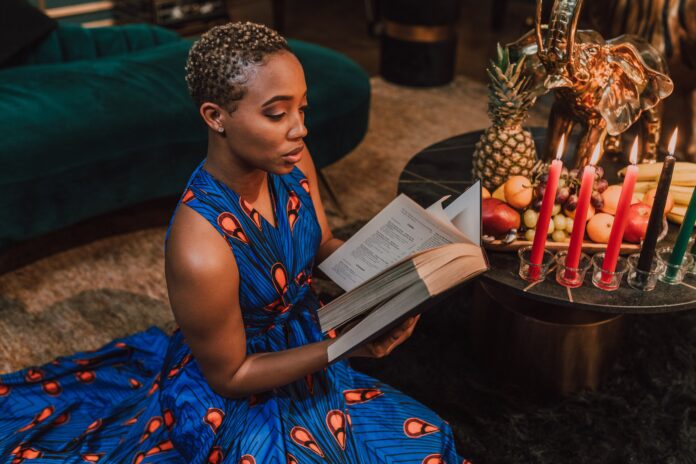 (AP) _ She is Black, she is American and she has ancestral roots in Africa, but Gigi Best-Richardson does not refer to herself as African American.

“I choose to tell people I am part of the African diaspora,” Best-Richardson said. “To say I am African American would deny my European ancestors.”

She has two direct ancestors who were indentured servants in colonial settlements. One was Black and from Africa. The other was white and from England.

“Too often, history is pigeonholed by complexion,” Best-Richardson said, “and not known for its complexity.”

Best-Richardson said she and her husband, Skip Richardson, teach that “truth” through books, exhibits and genealogy classes available at their Best Richardson African Diaspora Literature and Culture Museum at 1463 Tampa Park Plaza in Tampa.

History of the African diaspora has long been overlooked by the mainstream educational system, Best-Richardson and Richardson said, so, locally, they are taking it upon themselves to educate the public.

“Today, our country is given limited knowledge about the African diaspora and not told the whole story,” Best-Richardson said. “We want to tell that story.”

A current exhibit at Best Richardson African Diaspora Literature and Culture Museum showcases baskets created by modern-day Gullah Geechee people. Descendants of Africans who were enslaved on plantations on the lower Atlantic coast, the Gullah Geechee still reside in the coastal areas of North Carolina, South Carolina, Georgia and Florida and maintain their language and customs.

“Everyone should know and celebrate the Gullah Geechee,” Richardson said. “They kept their heritage alive after their enslavers left by staying in their communities.”

One of the museum and store’s oldest books, Richardson said, is a first edition copy of Booker T. Washington’s Up From Slavery autobiography published in 1901.

Among their rarest books, he said, is a first edition of Angela Davis: An Autobiography published in 1974.

Recently published books for sale include LeBron James’ I Promise and Barack Obama’s A Promised Land.

“People of the African diaspora were once not allowed to read or write, and actually punished and disfigured if they tried. So, to push forward, to become literate was a feat. We celebrate that here,” Best-Richardson said of her museum and bookstore, which was established in Virginia Beach in 1997 and has been in Tampa since 2008.

Still, their genealogy classes provide the most direct impact.

Jeffrey Amos is among those they have helped.

He’d previously traced his ancestry to his grandmother, who was raised in Quitman, Georgia.

Best-Richardson charted it to 1779, when his ancestor John Allen came to the United States from Africa.

Of significance, he said, is that John Allen later legally married Rebecca Allen.

“I wonder,” Amos said, “if legal marriage means they were free and not slaves.”

He is still working with Best-Ricardson to learn more.

Her own family history is an example of that complexity.

In 1623, Best-Richardson said, her ninth-great-grandfather Thomas Best, who was white, traveled from England to Jamestown. His voyage was paid for as an indentured servant.

Another ninth-great-grandfather, John Kecotan, who was Black, helped establish Charles City, Virginia, but arrived in a different way, Best-Richardson said.

In 1628, he was among 100 Angolans kidnapped by the Portuguese to be enslaved, she said. But that ship was captured by the British, who took the Angolans to Virginia where Kecotan earned his freedom as an indentured servant.

Kecotan and other Africans, Best-Richardson said, deserve credit for some of the first permanent English settlements.

“What we don’t teach a lot of people is that the people in Jamestown were starving,” she said. “When those people were brought from Africa, they brought particular skills. The Africans taught how to plant, how to take care of husbandry.”

Still, it took Kecotan longer to earn his freedom than Thomas Best, she said – 29 years compared to five.

The Best family would later fight for the Confederacy and their rights to enslave others.
But Best-Richardson’s great-great-grandfather, Theophilus Best III, fell in love with one of the family’s enslaved women, Farebee Best.

Theophilus Best III gave those children 80 acres in Goldsboro, North Carolina, that are still owned by the family.

“Genealogy can bring people together,” Best-Richardson said. “If people go back far enough, they might find out they descend from the same European ancestors as someone else they know.”

Or, perhaps, white people will learn that they, too, descend from Africa and are part of the African diaspora.