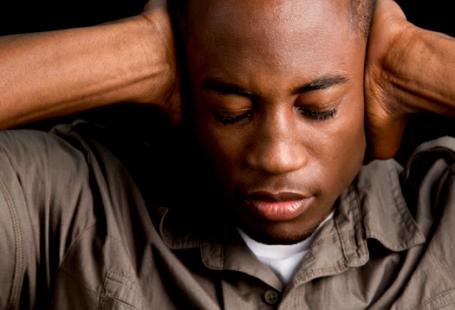 On Tuesday, April 8, the African-American Mental Health Collaborative (AAMHC) met at the Malcolm X Library for an important discussion on the state of mental health support for the African American community in the County of San Diego. Mental illness within the Black community has long been a taboo topic, but as the statistics of suicide and other mental illnesses continue to rise within the community, awareness and support must catch up.

Now MHSA is in the midst of its 3-year planning process to address the mental health needs of the County. The purpose of Tuesday’s meeting, Breaking Down Barriers, was to address the mental and behavioral health needs of the African and African American community, and to submit suggestions on support initiatives to foster mental health wellness for these groups.

Of the six major components within the planning process, Tuesday’s meeting addressed Community Services and Supports (CSS), Prevention and Early Intervention (PEI) and Capital Facilities and Technological Needs (CFTN). Support must be approached in an all-encompassing fashion, joining existing, prevention and facilitative needs together. Participants sifted through the barrage of current and existing programs the County offers, and were then prompted to brainstorm how these programs could be tweaked to better serve groups, as well as suggest new programs and initiatives that would offer more support to some of the neglected communities.

In the County, while there are many programs targeted towards low-income, uninsured, Latino, Asian and English language learners, there is an extremely small percentage of programs that specifically target African Americans. And support for Africans and African refugees is all but non-existent.

The number of African Americans receiving mental health support is disproportionately less than other ethnic groups. The Children, Youth and Families Behavioral Health Services reports that, particularly in San Diego County, African Americans receiving service during the second quarter of 2012-2013 was at 13.3 percent, while during the same period in 2013-2014 the percentage dropped to 10.9. And again for the same time periods, their white counterparts received services at 21.5 percent and 21.1 percent respectively.

The CSS budget for the 2013-2014 fiscal year is slightly less than $94 million, while the PEI budget is at $29.5 million and the CFTN budget is a little more than $10.5 million. So there is absolutely money available to create effective programs, provide effective prevention and improve the infrastructure of California’s mental health system for Africans and African Americans. And with a goal to provide integrated mental health and other support services to those whose needs are not currently met through other funding sources, African Americans in the County must submit their suggestions on obtaining more support for their community. Just as important, African Americans must reach out to the African community to bridge the gap and submit suggestions and proposals in creating effective supports for both groups.

After brainstorming new ideas and initiatives to address the needs specific to Africans and African Americans, participants posted their ideas relating to either CSS, PEI and/or CFTN and individuals voted on them. Those ideas and plans receiving the most votes were sent to MHSA to be included, however, ALL ideas and proposals are strongly encouraged to be submitted. The community can continue to submit their plans and proposals to the County of San Diego MHSA 3-Year Plan Survey, fax: 619.584.5080, mail: County of San Diego HHSA-BHS Attn: MHSA Coordination – Gina Brown 3255 Camino Del Rio South, San Diego, CA 92108 or in person.