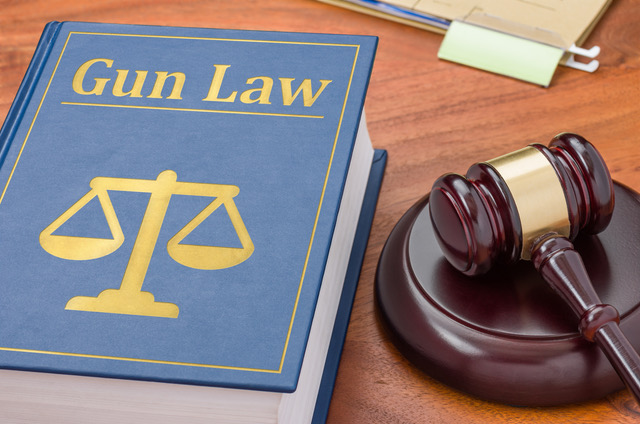 Assemblymember Mike Gipson (D-Carson), a member of the California Legislative Black Caucus, joined forces with two other legislators to craft a bill that holds gunmakers liable for injuries or death caused by weapons they manufactured.

On Jan. 4, Gipson, Phil Ting (D-San Francisco), and Chris Ward (D-San Diego) introduced Assembly Bill (AB) 1594. The legislators are hinging the passage of their bill on a loophole in a 2005 federal law that otherwise protects gun manufacturers and dealers from lawsuits.

“This is absolutely personal to me,” Gipson said, referring to AB 1594. “I will not rest until we put an end to senseless gun violence. Part of the solution is focused on how particular guns are manufactured and distributed in California.”

Congress passed the “Protection of Lawful Commerce in Arms Act (PLCAA)” in 2005. The law shields gun manufacturers and dealers from civil suits when crimes are committed using guns they make.

Ting said that AB 1594 exposes a loophole in PLCAA, which does not give impunity to gun makers or sellers when a state law is violated.

Ting stated that companies manufacturing, selling, distributing, and marketing of firearms can be held accountable under state law when such activities create a public nuisance — defined as contributing to conditions that endanger the health or safety of others or engaging in unfair business practices.

“We must make our communities safer. Almost every industry in the United States can be held liable for what their products do, but the gun industry is not held to the same standard,” Ting stated. “Financial repercussions may finally push them to be more responsible by improving their practices and adhering to California’s strict gun laws.”

Ting, Ward, and Gipson expect to finalize the bill language later this month with hearings likely to start in the spring. AB 1594 is co-sponsored by California Attorney General Rob Bonta and the Brady Campaign. Brady is one of America’s oldest and boldest gun violence prevention groups.

“Nearly 40,000 lives are lost to gun violence every year. That’s an average of 100 people shot and killed in the United States every day,” Assemblymember Ward said. “Until the gun industry decides to play a larger role in reducing gun violence in our communities, it is vital that California takes action now to stem what has become a worsening public health crisis.”

In December, Gov. Gavin Newsom announced that his administration is working with the California lawmakers to propose a nation-leading law that would allow private citizens to sue anyone who manufactures, distributes, or sells unlawful assault weapons, as well as “ghost guns,” ghost gun kits or their component parts.

Gipson, who is the chair for the Select Committee on Police Reform, also said he plans to introduce another bill soon that goes after assault weapons and “ghost gun” distributors through private legal action.

According to the Brady Campaign, ghost guns are un-serialized and untraceable firearms that can be bought online and assembled at home. They are often sold through “ghost gun kits,” which include all of the parts and often the equipment necessary to build these weapons at home.

In response to Newsom’s plans, The California Rifle and Pistol Association said in a statement, “The latest attack on law-abiding California gun owners is Newsom’s response to a recent Supreme Court ruling reacting to a Texas law prohibiting abortion. Law-abiding gun owners and businesses are not the cause of criminal misuse of firearms. Yet, Newsom and other anti-gun politicians seem to believe the threat of frivolous lawsuits will somehow address their own failures.”

Organized in 1875, the California Rifle and Pistol Association, based in Fullerton, is the official and only state affiliate of the National Rifle Association.

In 2019, the governor signed Gipson’s AB 879 into law. It requires a state background check for purchases of unfinished firearm frames and receivers, and mandates that all purchases happen through a licensed gun dealer.

Gipson’s 32-year-old son Devon and his fiancée were shot almost two years ago in the Gramercy Park area of South Los Angeles. The couple survived the shooting, but a 55-year-old man was killed, and another person was injured.

“I am proud to team up with and look forward to working with my colleague, Assemblymember Ting, to pass tangible, commonsense legislation to protect our families from those who would do them harm,” Gipson said.