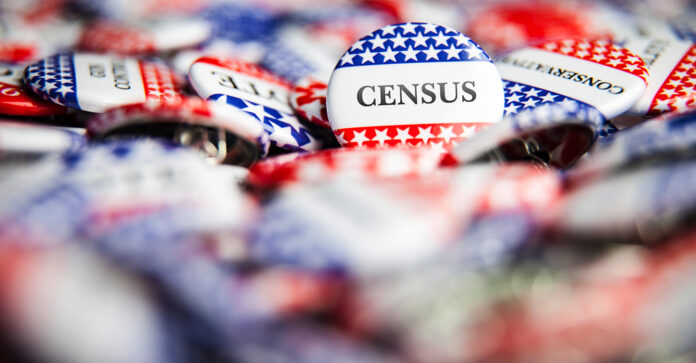 According to the Census Bureau, of the 13.8 million households that receive SNAP, 6.7 million have children under the age of 18 and 6.4 million have someone living with a disability.

Of all the homes with children under  18, some 18% receive assistance from SNAP, according to the Census Bureau’s  2018 American Community Survey.

Students who qualify for SNAP also get free or reduced-cost school lunches.

Federal nutrition programs are among the many reasons it is so important to respond (and report all children, including newborns, living in your home) to the 2020 Census.

Knowing how many children are in an area helps federal, state and local officials evaluate funding for nutrition programs.

SNAP and the National School Lunch Program are just two nutrition programs that use census results to inform planning. Other programs include the National School Breakfast Program (NSBP), lunch programs for people age 65 years and older and meal delivery to disabled and homebound individuals.

The Census Bureau works with state and tribal governments to ensure recipients of SNAP don’t lose their benefits if they come to work for the 2020 Census.

They are working to get census income excluded so recipients who receive benefits can work as census takers (enumerators) without losing their benefits or eligibility status.

The Census Bureau has partnered with the U.S. Department of Agriculture (which administers SNAP) to exclude income from temporary employment for 2020 Census. While it is ultimately a state decision whether to exempt 2020 Census income earned, a great majority of states have already agreed to this waiver.