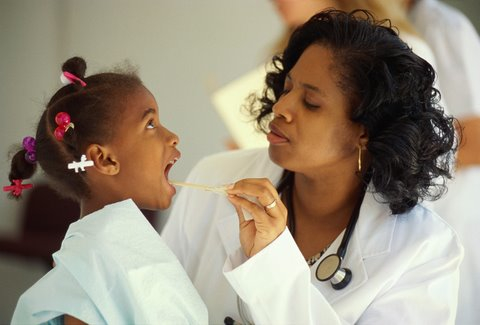 Last Thursday morning, New America Media hosted an urgent telebriefing to discuss changes regarding the future of children’s healthcare in the United States. With the rolling out of the Affordable Care Act, states are making their final push to enroll as many uninsured people as possible. But where does this leave children?

“The important thing is that children are eligible to enroll in Medicaid and CHIP at any time, even after the March 31 deadline that applies to the ACA,” shared Bruce Lesley, president of First Focus.

Currently two thirds of children in the country are eligible for health insurance, but they are not enrolled. So the important thing, says Lesley, is that the enrollment of more adults will bring more children into eligibility. “It’s what we call the ‘welcome mat’ effect,” he added.

Lesley went on to say that some states are showing an increase in the number of children enrolled in Medicaid and CHIP, however not because the ACA is expanding coverage to them, but that the awareness around the opportunity in coverage is increasing. “What you’re seeing now is that kids who were previously eligible are now enrolling, so that’s a great thing.”

Though the ACA has announced provisions that allow young adults to extend their insurance coverage through that of their parents’, Lesley warns that it is harmful to foster children especially. Because foster children are technically not living with their legal parents, they cannot receive health insurance under said provision. So an amendment is currently being pushed which would allow for foster children to extend their coverage through Medicaid. “Proportionally, foster care kids are mostly low-income, African American and Hispanic, so we’re trying to raise awareness around this issue.”

The newly proposed bill also addresses the status of illegal immigrant children, citing a reversal to the current five year ban that rests on illegal immigrants, a ban that is in effect in nearly 50 percent of the country. “No child who has cancer, or asthma, or diabetes, or needs eye glasses should be asked to wait five years. Five years for a child is a lifetime. They cannot wait that length of time to get the care they need,” said Lesley. The bill also addresses the five year bar on pregnant women.

Another concerning aspect is that of legal citizen children who currently live in immigrant-classified households. In many instances, children from other countries are sent here without their parents to live with someone else, whether it is a relative or friend of the family. To this end, an amendment has been proposed that would create a child-only option. It addresses the nearly 5 million children in the U.S. who are citizens, but live in non-citizen classified homes. In these cases says Lesley, a parent who may be of undocumented status can apply on behalf of their child. But he says, outreach must be perfected at the local community level in order to be successful.

Lesley says while programs like Medicare and Social Security are set on automatic trajectories, state-level CHIP programs are threatening to disappear completely, with the majority of funding set to expire in 2015. “There are currently 8 million children enrolled in the Children’s Health Insurance Program. But since its inception, the rates have been cut in half. Some of these children might move into the federal exchange plan, but an overall value study done shows that the value of the children’s program plans are immensely stronger than those offered in the exchange plan.

“Families don’t qualify for subsidies if “affordable” coverage is offered through an employer (that is, 9.5 percent or less of the employee’s total household income). The “glitch” is that the law only stipulates that the individual employee must be offered affordable insurance, not the rest of his or her family. So some families that need subsidies in order to afford insurance for their children won’t get them,” he adds.

It would be a disaster for millions of children if the CHIP program is allowed to go away, says Lesley. “We need to see that the money is extended. We’re going back to reeducate people and advise them that this is not the Affordable Care Act, but a program specific to kids. It has pediatric networks and pediatric quality standards because children’s health needs are different from those of adults.”