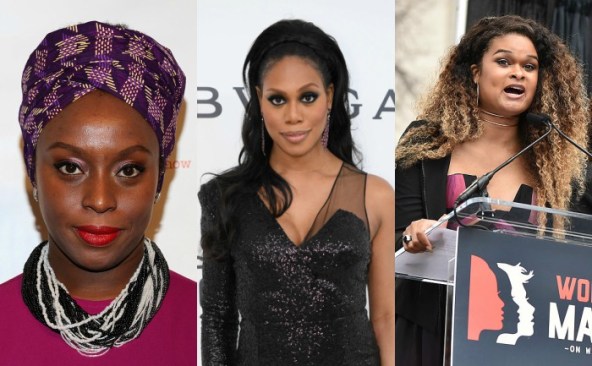 Feminist author Chimamanda Ngozi Adichie has come under fire for remarks that she made about the experience of trans women.

During an interview with the U.K.’s Channel 4 News, Adichie was asked if being a trans woman made someone “any less of a real woman.”

“I think that trans women are trans women,” Adichie replied. “I think the whole problem of gender in the world is about our experiences. It’s not about how we wear our hair or whether we have a vagina or nope, it’s about the way the world treats us.”

There was swift backlash against Adichie for her comments, with many saying that she was being tone deaf. In particular, trans activist Raquel Willis crafted an eloquent response pointing out the privilege and gatekeeping inherent in Adichie’s comments:

Yes, folks raised as girls are plagued with oppression in a different way than people not raised as girls. No one denies that. However, cis girls and women – in general – experience the privilege of being seen, accepted and respected in their gender from birth. That doesn’t negate threats of violence, harassment or oppression in a patriarchal society – things trans women of any age also face.

The violence that gender nonconforming and gender diverse kids face is real and always left out of this essentialist conversation. Do we tell a cis woman she’s less of a woman if she says she’s never experienced harassment or violence or overt discrimination? No. It’s nonsensical and *privileged* to require trans women to experience certain instances of oppression to prove their womanhood.

Actress Laverne Cox, who is arguably the most visible trans woman in Hollywood, also took to Twitter to challenge Adichie’s position:

My gender was constantly policed. I was told I acted like a girl and was bullied and shamed for that. My femininity did not make me feel privileged. I was a good studentand was very much encouraged because of that but I saw cis girls who showed academic promise being nurtured in the black community I grew up in in Mobile, Ala.

Gender exists on a spectrum & the binary narrative which suggests that all trans women transition from male privilege erases a lot of experiences and isn’t intersectional. Gender is constituted differently based on the culture we live in. There’s no universal experience of gender, of womanhood. To suggest that is essentialist & again not intersectional.

Adichie has since responded on Facebook, saying that trans women have a place in feminism but sticking to her argument that their experiences are different. “I do not believe that, say, a person who has lived in the world as a man for 30 years experiences gender in the same way as a person female since birth,” Adichie wrote. “To say this is not to exclude trans women from feminism or to suggest that trans issues are not feminist issues or to diminish the violence they experience — a violence that is pure misogyny.”
Unlike many news organizations, Voice & Viewpoint delivers content that matters to you. Help us keep it that way by making a generous donation for as low as $2. Your support will fund local, investigative journalism for the community, by the community.