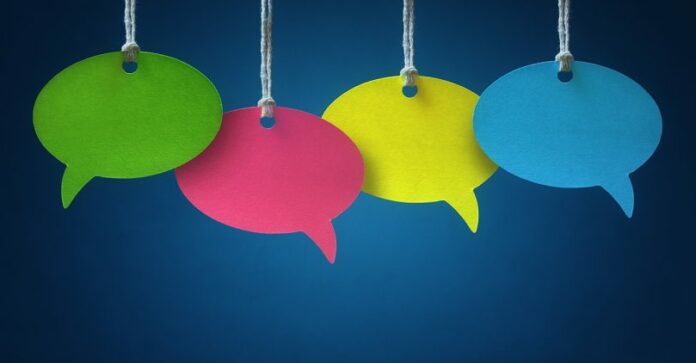 “…Has there ever been a time when you should have spoken up and didn’t, but later you realized you were wrong? Should folks call you names or disparage your character” And what about those who say [that] Judge Kemp acted “unprofessionally?” What standard is being used, from the person whose co-workers want to call them out but won’t, for fear of being called a bully?”

I was so looking forward to returning to the highest of seven hills in Tallahassee. It was Homecoming and while many were excited about the football match-up between Florida A&M University and North Carolina Central University. I had so many other things to look forward to. I was going to get a much-needed break after spending a week and a half covering a murder trial. I would get to celebrate anniversaries with sorority sisters, classmates, alumni and friends. There would be a show of all shows from the baddest band in the land: The Marching 100. I’d get to enjoy some really good cooking, and I’d get to act like I was 21 again!

Well, guess what? Folks in Tallahassee wanted to talk about the Amber Guyger Murder Trial in Dallas, TX. And boy, did I get an earful. I was practically overwhelmed by the conversations at the airport, on the plane, in the Uber, at restaurants, at the tailgates, waiting in line for the ladies’ room, at the game, and even parties, especially when people found out I was from Dallas. This was not what my 21-year-old self was in the mood for. And yes, I received phone calls, emails and text messages to add to the drama of social media platforms.

Which brings me to my truth. I was determined to not let the trial or the commentary from the peanut gallery destroy my homecoming. I learned at a young age that your mouth can get you into trouble and you need to know what you are talking about or just shut up! Well, that wasn’t happening, at least not on social media. I know. It was the Honorable Marcus Mosiah Garvey who said, “Every man has a right to his own opinion.

“Every race has a right to its own action; therefore, let no man persuade you against your will, let no other race influence you against your own.” Opinions are great. They become profound when backed up by facts, research and substantive analysis. I heard erroneous information from usually credible sources, and I witnessed a lot of people passing along opinion as fact. You also had people miserable with their own lives, armed and ready to attack others. Now you can disagree without all the filth and name calling. People didn’t speak out as much about all the lynching’s and wrongfully incarcerated, nor have many found a cause they would champion.

They couldn’t tell you of any improprieties in other cases and couldn’t name the judges in cases that involved the murders of Tamir Rice, Sandra Bland, Trayvon Martin, shall I continue? And interestingly those talking about what the judge wouldn’t have done, never heard of the judge until the Amber Guyger case. These graduates of Facebook School of Law, the University of I’m Bad Because I’m on Social Media, and The Who is a Coon University are laughable.

The United Negro College Fund says, “A mind is a terrible thing to waste.” Well, a mind without research, knowledge, information or discernment is a terrible thing. Just as I thought things couldn’t get more incredulous, someone else would opine. So, I wondered a few things… For those who admit that we have a broken, unfair justice system; why would you uphold that system by offering the defense: “Never have I heard of a judge doing anything like that!”

Well, it’s kind of like punishing your new wife because she is different from the ex-wife who made your life miserable for years. You know the one who was trifling, deceptive, nagging, all of that! Do you remember the feeling you had when you posted, shared or liked something on Facebook that you shouldn’t have? Did it make you stop and think and become more responsible? I still remember the day I shared a post that was actually wishful thinking.

Someone posted that Allen Iverson was joining LeBron James in Cleveland. Just a minute of thought and I would have realized the numbers didn’t add up. On that day, I said, “Never again! Don’t be guilty of false narratives, no matter how much you wish they were true. And check info before you speak and share!” Then there are those who have weighed in on who is a sellout, a coon, Aunt Jemima, et al. Really? Some of those same name callers sit quietly in boardrooms, newsrooms, classrooms, and everywhere in the workplace and allow people to be joked about, mistreated, disenfranchised, marginalized and worse, fired.

Would you call them sell-outs and all the other names being used to verbally assault Judge Kemp? Or what about you? Has there ever been a time when you should have spoken up and didn’t, but later you realized you were wrong? Should folks call you names or disparage your character” And what about those who say the judge acted “unprofessionally?” What standard is being used, from the person whose co-workers want to call them out but won’t, for fear of being called a bully?

Why is it so easy to turn on people and begin character assassinations, especially when you’re talking about people you don’t know? And then. You have the people who say, “If it was me…” What the heck! It is NOT you and it’s easy to say what you would do when you are not in a situation — that’s when you’re biggest and baddest! I daresay there will be people who later will admit they spoke out of order while others will die on the sword before any admission.

I guess it’s more noble to be wrong and stay wrong, and it’s easier to rationalize your way out of an embarrassing situation by deflecting. Whatever the case, and everyone should know that when you put stuff out there, folks see you for who you are. They will smile in your face, but behind your back they will do just as many do on social media — make punk moves.

COMMENTARY: The Power of the Truth

COMMENTARY: Back to School, Back to Fighting Far-Right Attacks on Education

Op-Ed: Don’t Say ‘Black’ in California, Unless You Need a Vote!