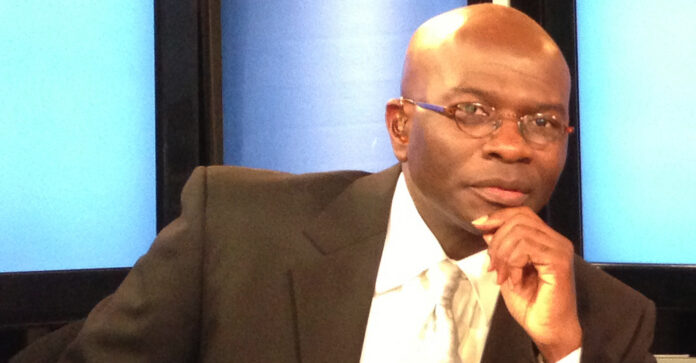 “I’m not a lawyer, but it seemed clear to me that the Justices (Justice Ruth Bader Ginsburg was absent because, in the words of Chief John Roberts, she was “indisposed due to illness”) thought the issue was what the pleading standard for a §1981 claim should be, not at this point whether Comcast had racially discriminated against Byron Allen.” — Armstrong Williams

I had the privilege to hear oral argument at the Supreme Court of the United States of America in Comcast v. National Association of African American-Owned Media. The case focused on one of the country’s oldest civil rights laws, the Civil Rights Act of 1866 (42 U.S.C. § 1981), and its ban on racial discrimination in contracts.

The case was brought by Entertainment Studios Network (ESN), a company owned by comedian Byron Allen, who is African American, and the National Association of African American-Owned Media. They maintained that Comcast’s decision not to carry ESN’s “lifestyle” television channels, including JusticeCentral.TV, Pets.TV and Recipe.TV, was due to racial discrimination and accordingly violated the § 1981 ban on racial discrimination in contracts.

The California district court dismissed ESN’s lawsuit, concluding that the complaint, which sought billions of dollars in damages, had not properly plead that Comcast’s refusal to carry ESN’s “lifestyles” channels was motivated by race, rather than by legitimate business reasons. The U.S. Court of Appeals for the 9th Circuit reversed, holding that ESN did not have to show “but for” causation – that is, “but for” Byron Allen’s race Comcast would not have turned down carriage of ESN’s channels. Instead, ESN only had to plead that race was one “motivating factor” in Comcast’s decision. Comcast then sought review by the Supreme Court, which agreed in June to hear the case.

Comcast argues that §1981 can only be interpreted as requiring “but for” causation. It argues that everyone must have “the same right” as white citizens “to make and enforce contracts.” If Comcast (or any defendant) would have made the same decision about whether to enter into a contract if the plaintiff had been white, then ESN (or any plaintiff) had the “same right” to enter into the contract. Comcast also assured the justices that there are other reasons, having nothing to do with race, why it decided not to carry ESN’s channels, such as a lack of bandwidth, and its decision to focus on news and sports channels. Moreover, Comcast notes it has for many years carried numerous other African American-owned networks.

ESN counters that Comcast’s position would prohibit a plaintiff “who alleges that race was a motivating factor for the refusal to contract” from conducting fact-finding discovery on the claim, “no matter how strong the evidence of racism unless the plaintiff could meet the stringent requirement of plausibly alleging that race was the but-for cause of the refusal to contract.” That, ESN reasonably insists, is an extremely high and difficult hurdle because “the defendant typically is the only party with access to evidence of the defendant’s motives.”

I’m not a lawyer, but it seemed clear to me that the Justices (Justice Ruth Bader Ginsburg was absent because, in the words of Chief [Justice] John Roberts, she was “indisposed due to illness”) thought the issue was what the pleading standard for a §1981 claim should be, not at this point whether Comcast had racially discriminated against Byron Allen. Hopefully, the Court will make a quick ruling in this very important case.