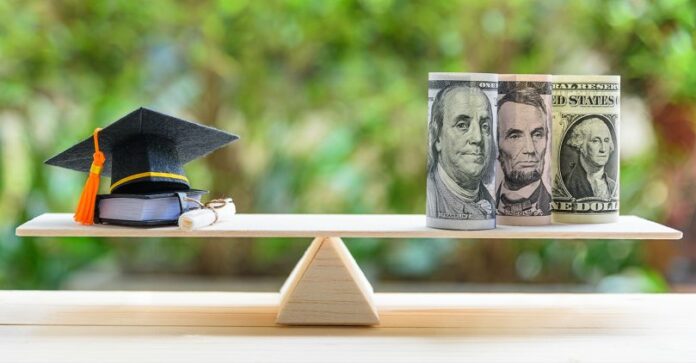 “Over the next decade, the Education Department projects an $11 billion cost-savings from denying loan forgiveness. But for student loan borrowers, denying $11 billion in loan forgiveness adds an unwieldy and costly burden for an education, and earnings that were never realized.”

Most consumers would likely agree that consumers should get what they pay for. If a product or service fails to deliver its promises, refunds are in order.

That kind of thinking guided the Obama Administration’s decision to address false promises made to student loan borrowers.

A rule known as the “borrower defense to repayment,” came on the heels of successive for-profit college closures that left thousands of students stranded educationally and financially. The federal rule provided a way for snookered students and borrowers to apply for and secure loan forgiveness. Its premise was that both borrowers and taxpayers were assured that the Department of Education was looking out for them.

But with a new administration and Education Secretary, rules that made sense and brought taxpayers financial fairness have been repealed and replaced with other rules that favor for-profit colleges, loan servicers, and other business interests.

Just as many people were about to begin their Labor Day holiday, the federal Department of Education announced it was changing a key rule that provided a pathway to federal loan forgiveness. Instead, a new rule puts in place a process that will be cumbersome, lengthy, and nearly impossible for consumers to successfully secure relief.

Commenting on the rule that will now apply to all federal student loans made on or after July 1, 2020, Secretary Betsy DeVos said, “We believe this final rule corrects the wrongs of the 2016 rule through common sense and carefully crafted reforms that hold colleges and universities accountable and treat students and taxpayers fairly.”

Excuse me Secretary DeVos, the rule was promulgated due to the thousands of wrongs resulting from less than truthful recruitment practices, false advertising, and targeting of vulnerable populations: low-income, first-generation college students who were often people of color, and veterans seeking new skills in a return to civilian life. For-profit colleges largely remain financially solvent by their heavy dependence upon taxpayer-funded student loans.

For Black America, the effects of predatory student lending at for-profit colleges comes with severe consequences. According to research by the Center for Responsible Lending (CRL):

While this new rule may make sense to Secretary DeVos, education advocates had an opposite reaction, quickly and emphatically detailing how the rule change is as negative as it is costly.

“After the collapse of Corinthian College and ITT Tech, two of the largest for-profit education companies in the country, the Obama Administration created the Borrower Defense rule to protect students and taxpayers from deceptive practices that could jeopardize the future of thousands of students and our economy,” said Ashley Harrington, a CRL Senior Policy Counsel, and a primary negotiator during the Education Department’s negotiated rule-making process.

With DeVos’ new rule, both the automatic discharge of federal loans that took effect after a school closed and another provision that allowed group claim relief are now eliminated. Anyone seeking redress on student loans must also bear the full burden of documenting their alleged “harm” before a claim can be reviewed.

The new rule also removes states from opportunities to defend their own constituents. State laws, many enacted before the 2016 Obama-era rule took effect, provided another route to legal redress. But with the new DeVos rule, no state-level claims can be pursued.

“That’s problematic for us,” added Harrington. “The federal standard should be the floor, not the ceiling, for relief.”

Over the next decade, the Education Department projects an $11 billion cost-savings from denying loan forgiveness. But for student loan borrowers, denying $11 billion in loan forgiveness adds an unwieldy and costly burden for an education, and earnings that were never realized.

“The new ‘borrower defense rule’ does anything but defend students,” said James Kvaal, president of The Institute for College Access & Success (TICAS). “In fact, it makes it almost impossible for students who are lied to, defrauded, or otherwise abused by their colleges to get a fresh start. …By leaving students on the hook for colleges’ illegal actions, today’s rule sends a clear message that there will be little or no consequences for returning to the misrepresentations and deceptions that characterized the for-profit college boom.”

A similar reaction came from Abby Shafroth, an attorney with the National Consumer Law Center, and like Harrington, participated in the Department’s rulemaking meetings.

“There are over 170,000 pending applications with many borrowers held in limbo for years,” continued Shafroth. “The new rules reflect an ongoing shift to protect the multi-billion-dollar for-profit education industry at the expense of students and taxpayers and come amid concerns about conflicts of interest raised about the rule of former for-profit executives hired by the Department.”

Rather than saving taxpayer dollars, it seems that this new rule is guaranteeing a taxpayer-funded revenue stream for the benefit of for-profit colleges — not students.

Charlene Crowell is the Center for Responsible Lending’s Communications Deputy Director. She can be reached at Charlene.crowell@responsiblelending.org.