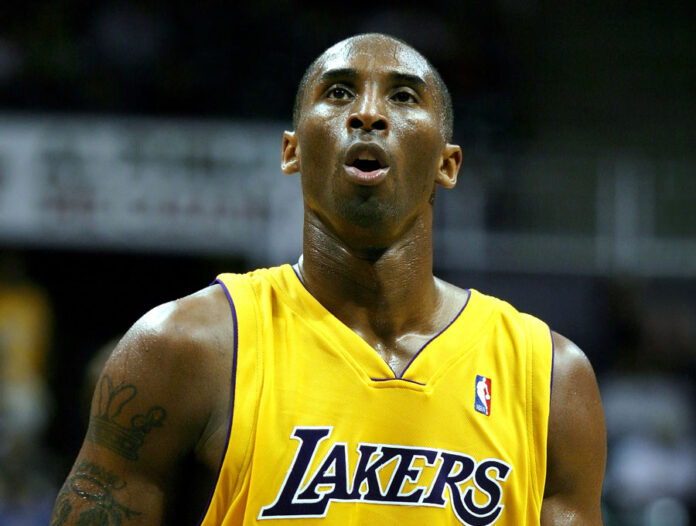 Bryant made an immediate mark on the NBA. In short order, he was named to the 1996-97 NBA All-Rookie team where he won the All-Star Weekend slam dunk contest, despite not playing in the game. He made up for that the next year by being selected as a starter in his first NBA All-Star game. And then began his legacy as one of the fiercest and most competitive athletes of his time in helping the Lakers win the first of three consecutive world championships (2000-2002), capped off by a convincing four-game sweep of the New Jersey Nets.

Watching a boy become a man.

When Lakers General Manager Jerry West announced in June 1996 that the team had agreed to trade popular center Vlade Divac to the Charlotte Hornets for a high school phenom, Jeanie Buss, at the time an assistant with the organization, went to her father and asked bluntly: “Dad is this true? You traded Vlade for this kid? Is he any good?” Dr. Jerry Buss replied: “He certainly is. Just wait and see.” To that, Jeanie Buss showed rare insolence toward her father in replying: “He’d better be.”

And with that, the storied saga of Kobe Bean Bryant began its indelible mark on Los Angeles sports history.

And what a history it was. Bryant, 41, and his 13-year-old daughter, Gianna, were among nine persons killed that Sunday morning when their helicopter crashed into a hillside amid heavy fog over Calabasas. The bitter irony that they were on their way to a basketball game at Bryant’s Mamba Sports Academy in Thousand Oaks has not been lost on anyone around the world who has been following the tragic event.

Bryant made an immediate mark on the NBA. In short order, he was named to the 1996-97 NBA All-Rookie team where he won the All-Star Weekend slam dunk contest, despite not playing in the game. He made up for that the next year by being selected as a starter in his first NBA All-Star game. And then began his legacy as one of the fiercest and most competitive athletes of his time in helping the Lakers win the first of three consecutive world championships (2000-2002), capped off by a convincing four-game sweep of the New Jersey Nets.

Perhaps Bryant’s most startling game took place in 2006 when he broke Elgin Baylor’s (Lakers) single-game scoring record with 81 points against Toronto. That performance was merely 19 points from Wilt Chamberlain’s 100-point game in 1962.

Bryant had a series of scoring titles to his credit, but the team began to flounder after the departure of superstar center Shaquille O’Neal and head coach Phil Jackson following the 2004 season.

Shortly after the 2006-07 season in which the Lakers were again eliminated early from the playoffs, a frustrated Bryant asked management for a trade. Buss gave that request due consideration, but decided not to trade Bryant and, instead, added more help in the front court and the Lakers would return to the finals only to lose to historic nemesis the Boston Celtics. It was in 2007-08 that Bryant would win his only league MVP award.

The accolades kept pouring in for Bryant, by now recognized as “The Mamba” because, as he once explained: “You never know when the black mamba will strike” in reference to his near-uncanny ability to complete some of the most amazing and pressure-packed shots in professional basketball. Soon Bryant would earn a gold medal at the Bejing Olympics as a member of the U.S. Men’s basketball team. He’d win his fourth title in 2009 and was named finals MVP as the Lakers defeated the Orlando Magic in five games.

The next year, Bryant surpassed Jerry West’s franchise record of 25,192 points scored as a Laker. He would capture his fifth and final championship in 2010—again being named finals MVP—as the Lakers defeated their arch-rival Boston Celtics in seven games. Besides a fifth ring, perhaps Bryant’s biggest reward was signing a three-year $84-million contract extension to remain with the Lakers through the 2013-14 season.

He wasn’t finished electrifying the basketball world. Bryant would win his second Olympic gold medal as a member of the U.S. Men’s basketball team at the 2012 London Games. In 2012-13, Bryant would make his 15th All-Star team during a season in which he passed Wilt Chamberlain for fourth on the NBA’s all-time scoring list. Bryant was having what some at the time called a resurgence, in averaging 27.3 points in an average of 38.6 minutes per game for the season before rupturing his left Achilles tendon in midseason.

Bryant was still nursing the Achilles injury—a setback which has ended many professional sports careers—when in November 2013 he signed a two-year contract extension worth $48.5 million that ran through the 2015-16 season.

In December 2013 Bryant returned from the Achilles injury, only to break a bone that month in his left knee. He would be out until the season opener in October 2014. About two months later, Bryant would then surpass Michael Jordan to become third on the all-time scoring list. The hard play and unrelenting work ethic would begin to take the full measure of Bryant as he was sidelined for nine months following surgery to repair his torn right rotator cuff.

Bryant was finally able to return for the 2016 season with the Lakers, who were a far cry from their championship glory. In one of the most illustrious final performances in the history of professional sports, Bryant on April 13, 2016 scored 60 points against the Utah Jazz before a sold-out and most affectionate crowd at Staples Center.

The woman who 24 years earlier had asked her father “Is this kid any good?” was left speechless and in tears after the news of Bryant’s untimely death. She and Lakers General Manager Rob Pelinka would travel the following day to Newport Beach to console Bryant’s widow, Vanessa, and provide some level of comfort and assurance to their surviving children Natalia, Bianka and the baby, Capri.

Some of the biggest names in all walks of life around the world commented on the impact that Kobe Bean Bryant had not only in the sports world, but within the American social fabric.

“There will never be another Kobe,” said Ervin “Magic” Johnson. “He had the confidence and the swagger even at 17 and 18. When he missed that shot that was an air ball in Utah and he knew he was coming back. That says a lot about that dude. He was like ‘OK, I’ll be back. Don’t worry about me. I’ll take it again.’ [I said to myself then] ‘this dude is a different cat.’ But he loved being a Laker. That’s one thing he always loved.”

Publisher’s Statement: The Call for a City Youth Employment Policy

EDITORIAL – The Census, Redistricting and The Republican Conspiracy

Unearthing The Great Divide in Healthcare