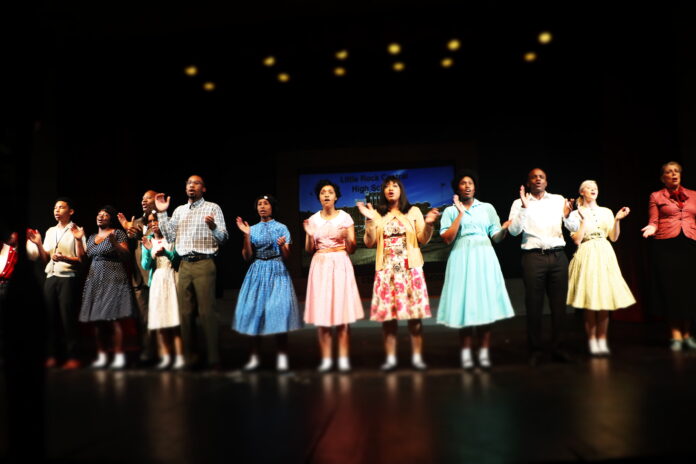 In 1957, three years after the U. S. Supreme Court’s Brown vs. Board of Education decision, nine high school students integrated Central High School in Little Rock, Arkansas. At first, the governor of Arkansas took actions to keep the students from entering the school, but they were finally allowed to enroll after President Dwight D. Eisenhower sent National Guard Troops to protect the students and to ensure their enrollment. The students were subjected to fear, derision, turbulence and violence during their first year at Central High School. Common Ground Theatre’s play, “Little Rock” dramatizes this historic incident on stage at the Educational Cultural Complex, 4343 Ocean View Boulevard, San Diego, CA 92113.

Two performances of “Little Rock” were presented on March 7th and 8th. Unfortunately, the final two performances, scheduled for March 14th and March 15th, have been delayed due to the national health crisis regarding the Corona Virus. Officials from the State of California, San Diego County, and the San Diego Community College District have banned or severely limited gatherings during the current health crisis. When the two remaining performances are scheduled-hopefully near the end of June-all tickets that have already been purchased for March 14-15, 2020, will be honored on the new performance dates. Patrons may call Common Ground Theatre at 619-272-3209 for information or concerns. 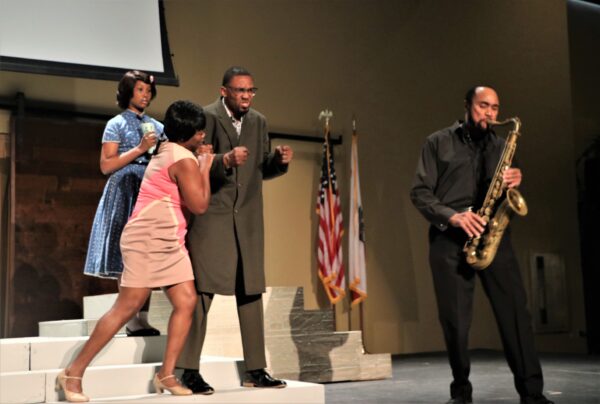