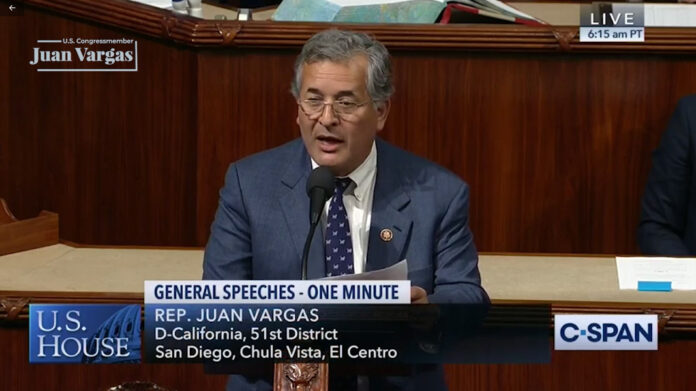 Last week, at the U.S. House of Representatives, Congressman Juan Vargas honored the San Diego Voice & Viewpoint in recognition of their 60th anniversary.

This newspaper’s success was a result of a dedicated couple’s hard work. Though the newspaper began in the 1960’s, John Warren and his wife, Gerri Warren took over the publication in 1987. The couple was deeply involved in the African American community and showed their leadership skills in publishing. Their efforts have resulted in a nationally award winning publication.

The newspaper has highlighted the perspectives of the San Diego African American community and provided a great service to the city. In fact, the publication is in all the zip codes of San Diego and has a readership of over 60,000.

I would like to honor the San Diego Voice & Viewpoint for its dedication and lifelong commitment to the African American community and the San Diego community.

Thank you madam speaker and I yield back.”