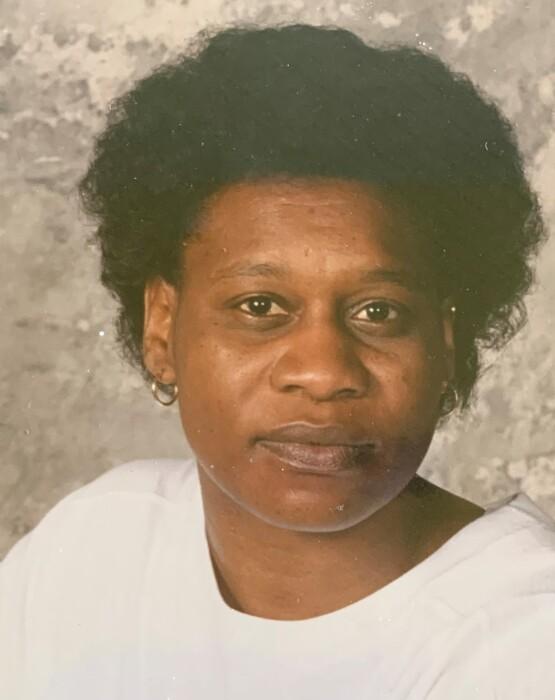 Funeral services and burial were held on 03/24/2022 at Mt. Hope Cemetery. Final arrangements were entrusted to Anderson Ragsdale Mortuary.

Darcel Denise Johnson was born to the late Albert James Johnson and Maloris Mae Johnson on March 14, 1959, in Newport News, Virginia. She was considered her father’s “masterpiece” and relished her title throughout her life. She was the middle daughter of five children and was preceded in death by her brother, Trory Jerome Johnson. On February 25, 2022, at the age of 62, God’s quiet still voice called her to rest.

Darcel attended Montgomery High School and Southwestern College. She later went on to do CNA work and housekeeping. Darcel loved spending time in the kitchen, creating delicious meals for her family and friends. After losing her son Trory, Darcel saw the world as it was and despite the challenges that existed, she still had faith in God and looked towards beauty and wonder as a conscious choice. Her spirit of service was evidenced by the love and care she showed her mother during her bouts with dementia and failing health. Darcel gave selflessly of herself as her mother’s caretaker and stated that she had “found her purpose” in being there during that difficult time.

Darcel accepted Christ into her life at an early age and after moving to San Diego in 1974, the Johnson family made 31st Street Seventh Day Adventist Church their “home.” Darcel loved the elderly, especially those who attended her home church. She built many special relationships with senior members whom she spent time with learning about God and his love. During her fight with cancer, Darcel continued to grow closer to the Lord and prayed faithfully that her election and calling would be sure.