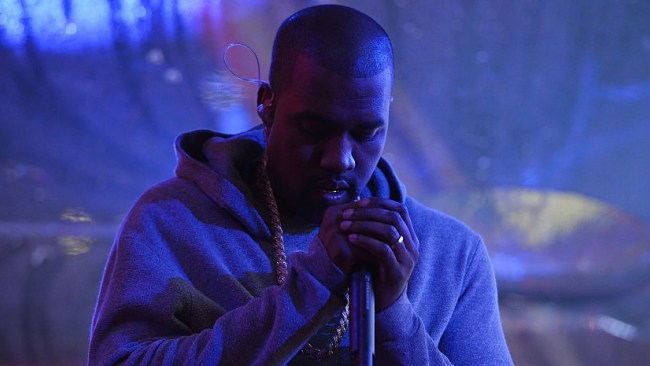 Should you find this letter after your San Jose “Saint Pablo” tour stop, I hope I can ultimately accomplish but one task. I hope that this letter can convey to you, plainly and without any elitist, academic jargon or tongue-in-cheek rhetoric: we, and to quote you, “I mean specifically Black people,” are tired of your BS.

I’m not going to lecture you about your violent sexism, your anti-blackness, or the fact that you’ve done all this from the comfort of an elevated platform that rests upon the spine of Black America. You don’t deserve that. You don’t deserve someone who looks like us taking the time to explain to you just how much you’re hurting yourself and those who—like I foolishly did when I was 10, listening to your debut album—hold you in higher esteem than you merit.

I won’t attack your talent as a producer or a rapper, because unlike you, I strive to not be a hypocrite. I have purchased many of your songs, though now I mourn the fact that my money, stamped with the faces of the dead white men responsible for raping our mutual ancestors, lined the pockets of someone who worships their contemporary equivalents so eagerly. It’s not that you haven’t had a significant impact on rap music. No, rather, the problem is just how integral you are to telling hip-hop’s story. You’re a stain on a genre that, like other things dominant culture promotes, perpetuates the very ills that destroy it from within. It’s fitting that a Black man has taken a stance so contradictory to what the genre is supposed to be about.

No, you deserve nothing more than to be told exactly how pathetic your last 11 years (and your last two albums) have been. When you went on television in the aftermath of Hurricane Katrina in 2005 and called then-President George W. Bush a racist for his complicity in the deaths of thousands of Black people in New Orleans, nobody told you “to stop talking about race so much,” because unlike you, the rest of us don’t openly welcome our destruction. No, in fact, we held you down, like Black folk always do. We defended you even years later, when more and more people started hurling words like “arrogant” and “classless” in your direction after run-ins with Taylor Swift. And nobody told you that your last work, The Life of Pablo, sounds and feels like a Coloring Book first draft. You honestly deserve to know both.