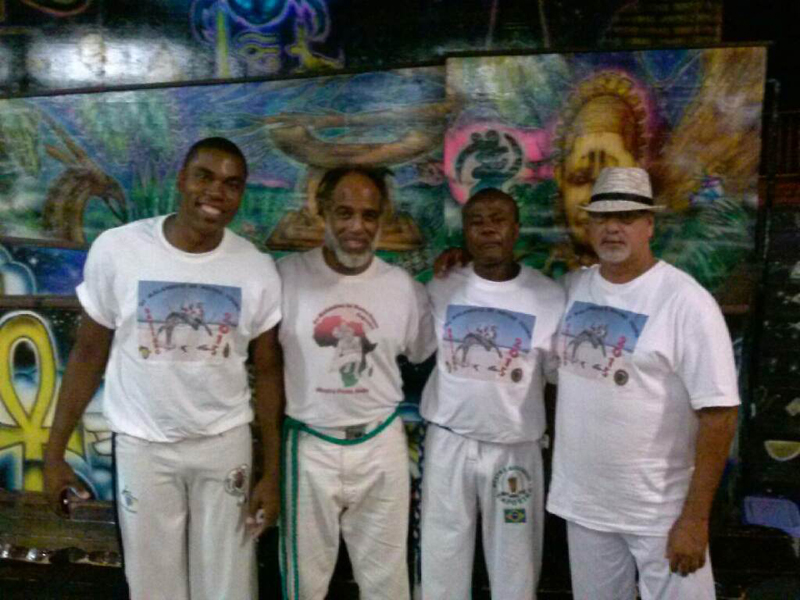 Is it ever too late to follow your dreams and find new passions? If you ask Detroit Brooks, his actions will speak louder than any emphatic denial ever could. Brooks, 67, is in the entry level of a Capoeira class alongside students as young as 4. Most practitioners of the Afro-Brazilian martial art around his age are considered masters. Brooks, however, doesn’t let that detail keep him from using the art to strengthen his physical and mental health.

Brooks hails from the Bronx, New York and gained the nickname ‘Dr. Detroit’ from his grandmother at birth.

“My grandmother had saved up some olive oil and when my brothers and I were born she anointed our heads and said Dr. for me, Lawyer for my second brother and garbage man for the third,” Brooks recalled. “Those were the three highest paid jobs a black man could get at the time.”

Despite his grandmother’s premonition, Brooks pursued a career in the military, moved to San Diego to be with his mother and joined the National Guard. While working a security job at the downtown library, Brooks first met Dennis Newsome, a Capoeira instructor in the city. He was able to observe Newsome instructing class and was first introduced to the discipline. Brooks didn’t see the full benefit of capoeira back then, however when he retired from the military years later he wanted to get in shape after an injury and clear his mind after the traumas of war.

Brooks reached out to Newsome and joined his class. He now refers to him as ‘Mestre Preto Velha,’ a term of respect students refer to their teachers in Capoeira. Newsome welcomed him with open arms into the introductory course.

“He had the spirit. I knew he could handle it. He’s been through a lot with the military so it was a good thing for him. I consider him an asset to the group,” Newsome said. “He has a lot of humility when there are kids there way better than him. He’s an adult role model. Through osmosis the younger ones pick up on what behavior is unacceptable and what’s acceptable.”

Capoeira requires focus, flexibility, core strength and coordination. The movements are fluid and can resemble a dance. Afro-Brazilian and Haitian slaves used it as a form of communication and celebration. Even at Brooks advanced age, he is able to gain a lot of value from its physical, historic and emotional benefits.

“The best defense is to know how to get out the way. That’s why I like it. It returns us back to our African heritage,” said Brooks. “The children help you with your compassion and humility. It has a strong family setting. Everybody in the class is really tight with each other.”

While he acknowledges the acrobatics involved with Capoeira are out of his reach along with advanced rankings within the art form, Brook is dedicated to mastering floor skills that require strength and a lot of practice. Under the tutelage of Newsome coupled with inspiration from the youth around him, it’s a challenge he’s more than ready to take on.