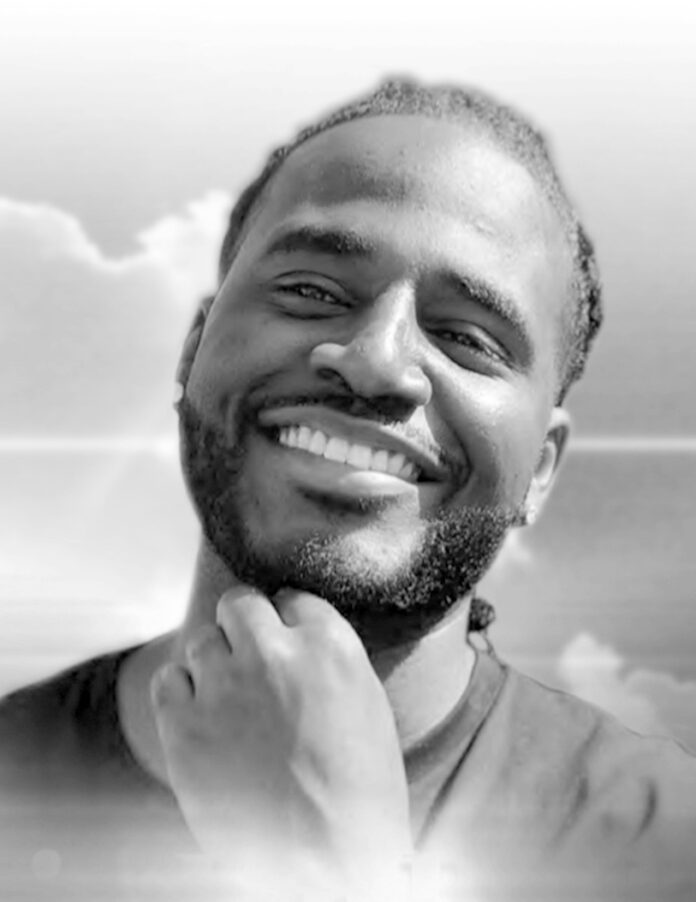 Devin accepted Jesus Christ as his Lord and Savior and was baptized at Bayview Baptist Church on January 22, 2006.

From the day Devin was born, his infectious smile brought light and joy to everyone. He was a handsome young man who not only loved football but played football from Pop Warner through high school.

Influenced by his uncle Ro, Devin also developed a passion for music at an early age. He was a talented lyricist and beatmaker. He grew up writing music and having freestyle circles with family and friends. For those who knew him, he did everything major – from skydiving to courageously offering his heart and art to the world. Even when adopting his dog, Thor, his selfless nature yearned to learn the responsibility of caring for something other than himself.

Devin had a spirit that was healing to be around. His faith and deep spiritual connection allowed him to transmute even his most difficult times into opportunities for personal evolution. In addition to being employed in Concierge and Sales at March and Ash, Devin was incredibly passionate about investing. He was a disciplined student of life, devoting countless hours toward mastering the stock market: studying trends, reading books, and attending seminars and workshops. Devin was well on his way to becoming a successful trader. He aspired to create generational wealth and in his own time–a true inspiration.

On August 22, 2022, the Lord called Devin Payton home. He was preceded in death by his uncle Gerald (Roro); and grandfathers Jerry Burns and Howard Payton, Sr.