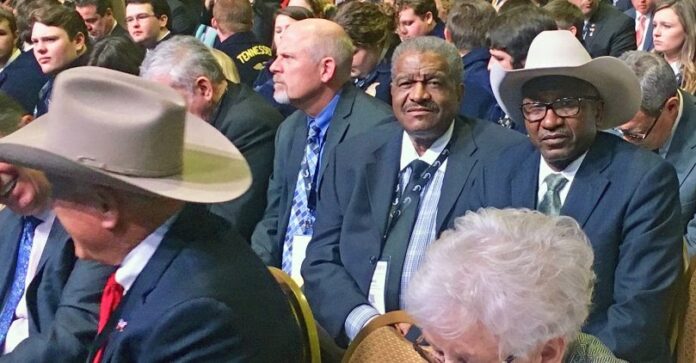 … Depends on who you ask

by Lee Eric Smith, Special to the NNPA Newswire

Black farmers also believe Kavanaugh would be a disaster for black America — including black farmers.

And if you’re confused after reading those two sentences, it’s because where black farmers stand on Kavanaugh’s nomination depends on who you ask — and which organization of black farmers they represent.

In mid-August, the Black Farmers and Agriculturalists Association (BFAA) sent a glowing letter to the U.S. Senate Judiciary Committee, encouraging them to approve Kavanaugh’s nomination — based on Kavanaugh’s favorable ruling in a BFAA matter in October 2017.

“Kavanaugh rendered a decision in favor of Black farmers on the merits of the evidence… (He) was prepared, attentive and had command of the facts,” said BFAA president Thomas Burrell, in a letter to Sen. Chuck Grassley on BFAA letterhead. “If confirmed, these are traits that Judge Brett Kavanaugh would bring to the bench as an Associate Justice.”

The problem with that statement is that the Memphis-based BFAA isn’t the only organization representing black farmers. And the National Black Farmers Association (NBFA) couldn’t be more opposed to Kavanaugh’s nomination, said president John W. Boyd, Jr.

In a TSD interview, Burrell said BFAA’s support of Kavanaugh was rooted in a USDA program aiming to compensate discrimination against women and Latino farmers. Those who believe they’d been discriminated against needed to file a claim with claims administrator Epiq Systems to be considered for a cash reward.

But Burrell said that by announcing a claims process that seemed to exclude African-American men, the USDA had violated Title VI of the 1964 Civil Rights Act.

In part, Title VI reads: “Programs that receive Federal funds cannot distinguish among individuals on the basis of race, color or national origin, either directly or indirectly, in the types, quantity, quality or timeliness of program services, aids or benefits that they provide or the manner in which they provide them.”

While verifying claimant eligibility, Epiq told hopeful claimants that African-American men were not eligible for the program — which led BFAA to sue USDA for discrimination, since Epiq was acting on behalf of a federal agency.

The lawsuit, “Boyland v. USDA,” suffered a blow when a federal judge ruled that the USDA had not violated the plaintiff’s civil rights. BFAA, on behalf of Boyland and other plaintiffs, appealed the case to the U.S. Court of Appeals. The USDA filed a motion of summary affirmation — in essence asking the court to accept the lower court’s ruling without hearing arguments.

However, the Court of Appeals — including current Supreme Court nominee Kavanaugh — ruled against summary affirmation in October 2017. The BFAA and Boyland case will get another day in court.

“When we found out that President Trump was nominating Judge Kavanaugh, we thought it would be fitting, his politics notwithstanding, that we had some duty to show that this person upheld the rights of black farmers and their heirs,” Burrell said.

“In a Supreme Court Justice, we should be looking for evidence that someone has a proclivity for upholding the Constitution,” Burrell continued. “That should be the measuring stick regardless of whether a judge is Democrat or Republican, white or black. If race were a motivating factor for this judge, then he would have ruled against us in this case. What better proof is there that he will uphold the Constitution?”

The OTHER Black Farmers

However, Boyd, who leads the Virginia-based NBFA, is firmly opposed to Kavanaugh on the Supreme Court. “I read the emails released by Sen. Cory Booker,” Boyd said. “I don’t think Kavanaugh would be a good fit for America.”

And while Boyd wouldn’t name any specific people or organizations, he lamented that misinformation about black farmer lawsuits is giving families false hope that a government check is on the way.

“The Black Farmers case is closed and settled,” said Boyd, referring to the famous Pigford ruling of 2010. “I know there were some farmers who didn’t file in time, or it was determined that they weren’t eligible, and I’m sorry about that. I really am.  But there’s just a lot of bad information out there.

“There’s no pot of money that will compensate African-American farmers,” Boyd continued. “President Obama settled all of that already. I was there.”

Boyd reiterated that the Boyland lawsuit is not only completely different from the Pigford case, the USDA program under fire in the Boyland suit is designed to compensate women and Latino farmers and was never intended to redress discrimination against black farmers.

The two organizations have a contentious relationship, if not a confrontational one.

Boyd and the NBFA fear that farmers are being solicited to pay dues to participate in the Boyland case — with no shot at a USDA payout. Meanwhile, the BFAA refuses to give up the fight, and alleges that the NBFA is at least partially financed by the USDA.

“They can say the case is settled all they want,” said Bishop David Allen Hall, a COGIC leader who serves as ecumenical advisor to BFAA. “Unlike NBFA, the federal government is not paying BFAA. We shoulder the cost of legal fees, the lawyers — our members pay their dues and that’s what we use them for.”

Hall said that he and Burrell will return to Washington for court on Oct. 1. That’s when the Boyland suit will be presented before a “merits panel” which will decide if the suit proceeds, and if so, what possible payouts may be. And as for BFAA’s endorsement of Kavanaugh …

“We’ve looked at his integrity and he seemed to be ruling in these cases according to law,” Hall said. “He seems to have an air of fairness. Obviously, we don’t want anyone who will hurt the nation.

“But going strictly on the merits of our case, he ruled that there had been discrimination,” Hall continued. “Why would I not give the man a chance?”

It’s Time to Show Up for Black Teachers