Home California Op-Ed: Don’t Say ‘Black’ in California, Unless You Need a Vote! 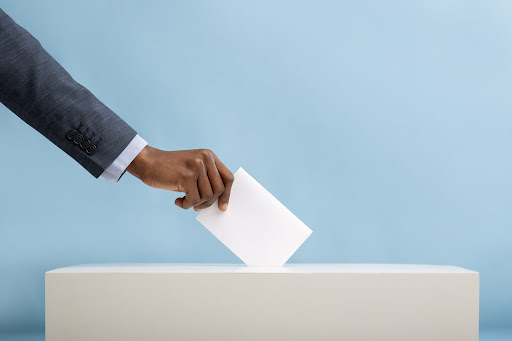 On June 5th, 2020, in response to the murder of George Floyd and a worldwide moment of racial reckoning, Governor Newsome held a press conference on racism and systemic injustice in California.  Onlookers across the state nodded, applauded, and agreed as he said “the Black community does not need to change. We need to change. We have a responsibility to change our institutions. Our capacity for understanding needs to change.  We need to contextualize not only this moment but moments in the past where we never met these calls and these cries – that we ran short of. We ran long on rhetoric, short on results. Again there’s no reservoir for patience.”

Black people heard this and may have garnered some small sense of hope. Many of us might’ve come to believe that society and government institutions were ready to put an end to the prevailing eras of racial injustices and establish new norms. But in a short time we were able to witness the true intentions of Californians through their votes. On November 3rd, nearly 5 months after Newsome’s press conference, 57% of Californians defeated prop 16 with “no” votes!

Prop 16 was a ballot measure to repeal prop 209. In 1996, four years after race riots in Los Angeles, California’s Governor Pete Wilson supported a ballot measure titled “Prohibition Against Discrimination or Preferential. Treatment by State and Other Public Entities. Initiative Constitutional Amendment” otherwise known as prop 209.   This proposition initiated a constitutional amendment and added section 31 to the California Constitution’s Declaration of Rights, which says that the state cannot discriminate against or grant preferential treatment on the basis of race, sex, color, ethnicity, or national origin in the operation of public employment, public education, and public contracting.  Prop 209 exit polls indicated that amongst the 55% yes on 209 prop voters, 63% were white and the majority of those who opposed were people of color.

The measure would have repealed Section 31 of Article I of the California Constitution and was an opportunity for Californians to prove their public expressions of ending institutional racism.

The measure would have repealed Section 31 of Article I of the California Constitution and was an opportunity for Californians to prove their public expressions of ending institutional racism.

An important thing to understand is how all of this has impacted K-12 education.  Supporting Black children’s education doesn’t come from lofty-sounding,  highly deodorized, racial reckoning speeches, undoing the systemic conditions that harm them through public education institutions, obviously won’t come from the goodwill and desire of the institution either.  The prevailing standard by which Black children receive an education in public schools indicates the way Californians prioritize them and can be seen in the racialized outcomes produced.

“2019 statewide testing data shows that African American students are the lowest-performing subgroup with 67% not meeting English Language Arts Standards and 79% not meeting Math Standards.  The achievement gap for African American students is pervasive whether they are low-income or not.  For example, low-income white students outperform non-low income Black students in math and science.” blackinschool.org

K-12 Education functions by inputs and outputs. And while inputs are not a blanket resolve for the centuries of cumulative disadvantages under manipulated conditions that Black people have faced, equitable school funding allocation is important and should be the golden standard.  The battle to end inequities in resource allocation has been a long one that can be traced back to Westminster v. Mendez and Brown v. Board of Education cases. California AB 2774 could have fixed a fundamental flaw in the Local Control Funding Formula (LCFF) by creating a new supplemental grant for California’s lowest-performing subgroup of students not currently receiving funding, which are currently African American or Black students. But instead, the State of California leans on prop 209 as a rejection point for AB 2774 and opts to grant one-time dollars in lieu of system repair.

The stated legislative intent of California Education code 41570 as the Legislature found and declared was to address “the persistent academic achievement gap in California’s public schools that has led to inequitable outcomes and opportunities for children. (2) Several factors, including those that are the residual effects of the historical oppression of disempowered communities, contribute to low academic performance. (3) Helping all pupils succeed requires both resources and evidence-based practices to initiate and sustain authentic systemic change.” But as revealed by the analysis, funding barely touched Black children in the equitable way they needed it and today our children remain at the bottom.

California won’t change its practices and address the disparities in education that Black children face because YOU CAN’T SAY BLACK or you’ll be labeled a prop 209 violator! Governor Newsome supported legislation to Advance Equity and Inclusion for California’s Native Communities. Governor Newsom in partnership with the Commission on Asian and Pacific Islander American Affairs and the California Asian & Pacific Islander Legislative Caucus pledged to distribute $14 million in grant funds to qualified organizations to provide direct services and support to victims of hate incidents and to facilitate hate incident prevention measures. Governor Newsom also supports Women’s Reproductive Health.  I find it hypocritical that he won’t put that same energy or make it make sense when it comes to Black children in public education.  Where’s his public declaration and support for a comprehensive plan that will fundamentally change the way Black children are mistreated and in lack of quality education in California’s K-12 Education system?  This absence of a plan and lack of support for any we initiate seems like preferential treatment towards non-Blacks and purposeful discrimination towards Blacks.  But the state of California calls it complying with prop 209.

Is prop 209 the California Black code?

Black voters need to pay attention to the doublespeak happening here.  And Black parents need to vote with their feet when it comes to their children’s education.  In life, you might get many chances at a do-over when you mess up. One thing is certain, our children won’t get a K-12 Education redo.  Education is the great equalizer and a mode of freedom from oppression and upward mobility. We cannot afford to hand over our most prized possessions to a system that devalues, mistreats, and refuses to protect them.  We shouldn’t forget history, but today we have to change our interactions with it.  It’s clear to establish by a person’s actions (their history) what they stand for.

Governor Newsom cares about receiving the Black vote but does he care about our Black children?

Why Do Holidays Take a Toll on Teen Mental Health?