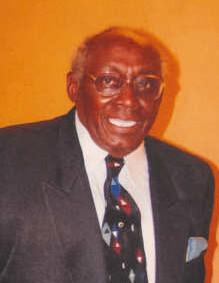 Earl Johnson Quarles was the only child born to Sherman Quarles and Sarah (Johnson) Quarles in Clarksville, Tennessee in 1938. After Sarah died, Sherman and Earl moved to Indianapolis, Indiana. There he was a member of Galilee Baptist Church. He attended John Hope School 26, in Indianapolis and Arsenal Technical High School in Indianapolis.

On 15th street in Indianapolis, Earl lived near the Phillips Family where he spent most of his time because of Clara Ann Phillips. Earl and his best friend John Walker joined the Marines and were stationed at MCRD. While in the Marines, Earl and John had a Doo-wop group. Earl and Clara Ann married in Indianapolis and to that union was born their only child Denise A. Quarles. Upon honorable discharge from the Marines, Earl attended San Diego City College as well as San Diego State University (SDSU). At SDSU he received an Art degree. Earl also played semi-pro football with the San Diego Tornados Football Team. For a season, Earl and Clara Ann separated and divorced. However, he returned to Indiana to get the love of his life back and they remarried in San Diego.

Earl attended St. Stephens COGIC. There he was responsible for building props and scenery for all the plays for the Sunshine Band Choir. He received a Certificate of Appreciation from the Greater San Diego Chapter of Blacks in Government. He was also an honorary deacon.

Earl worked as an Ironworker with Ironworker Local 229. He worked for Bowl Steel, Bannister Steel Inc., Diversified Metalworking and many more. Earl contributed to many structures in San Diego.