Home National Economic Interest Convergence and the Future of America

On the verge of electing a new President, many, mostly White liberal Americans, are voicing disappointment, shock, and disbelief that nearly 50% of their fellow citizens voted for a ticket that promotes anti-Black racism, sexism, and xenophobia, to name a few. “White Americans chose to retain power, supremacy, superiority, even in a failing society. They chose staying on top of decline and ruin, rather than prospering as equals,” Umair Haque wrote. However, those that drove the highest Black voter turnout in history understand it quite well — white people vote against their own self-interests when it involves Black people getting a share. As Contributing Writer for the Atlantic, Jemele Hill said, “they will vote against themselves to preserve whiteness.”

Is America more like the 45th President than we’d like to admit? MSNBC’s Joy Reid pondered this possibility on election night:

“I just wonder what all of this says about us. I think it raises real questions about what America is at the end of the day and whether what Trump is is more like what the American character is than people ever, ever wanted to admit.”

Eddie Glaude, the chair of the Department of African American Studies at Princeton University, speaks to American culture, racism in 2019, and how the 45th President is the “manifestation of the ugliness that’s inside us.” 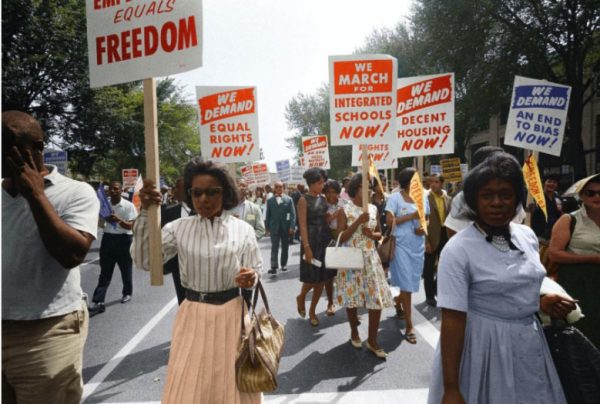 “It’s the Jackie Robinson thing. It’s written like he broke a barrier as if there weren’t Black people that could play before him. And that’s how white people have learned about racism. They think, when these people work hard enough, they’ll be like Jackie.”

Rock believes that it’s only progress for the person that’s taking your humanity. Some might say:

Impact America Fund II, a $55 million VC fund, is the largest ever raised by a sole Black female General Partner

Yes, this is tremendous progress — for white people. It’s taken the national reckoning over racial injustice and COVID-19’s disproportionate impact to consider systemic racism as the largest market inefficiency of our time. America should be judged not on its words but its actions. The duty to solve America’s problems lies with those who created them and economic interest convergence.

“The signature example is Brown v. Board of Education, which happened because it advanced white interests too, Bell argued. Specifically, desegregation raised the nation’s prestige in world politics during the Cold War. Eventually, when interests diverged, the enforcement of civil rights was curtailed: Brown was undercut by later cases that sanctioned segregation for decades. Bell pointed to later affirmative-action triumphs as examples of renewed interest convergence.”

And yet, (white) America’s progress is being undercut again. Institutions can drive interest convergence, but not when the President bans diversity training. The argument should no longer be solely wrapped in the interest of diversity. It must be economical.

Voters nationally ranked the economy as the most pressing issue, more than a pandemic, when deciding whom to support. 82 percent of Republican voters surveyed said the economy was the chief concern.

According to a recent Citi study, $16 trillion has been erased from U.S. GDP over the last two decades due to discrimination. If the US could immediately end “the most severe forms of economic discrimination against African Americans,” US GDP would see a $5 trillion boost by 2025, Bloomberg reported. Closing the gaps between Blacks and whites in wages, labor segmentation, education, wealth, housing, and investment would be undeniably positive for the U.S. economy. 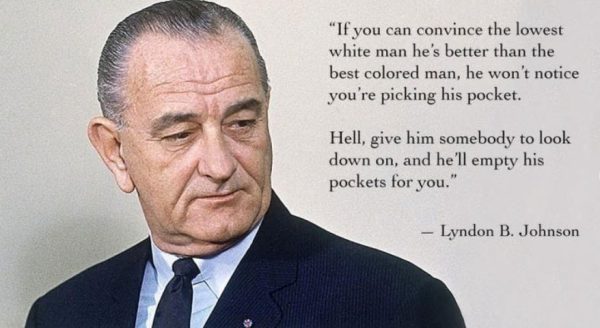 Racism has been embedded in the American economy and politics since its inception. Voter suppression has been focused on communities of color for decades. They have worked so well that these tactics are being used on groups beyond Black communities by disenfranchising as many Democrats as possible. Whether voting Blue or Red, this has never been a working democracy for Black people. “If you can’t bring the economy back for everybody, you darn sure can’t bring it back for Black Americans,” BET Founder Robert Johnson said.

Centering empathy instead of individualism. Changing systems instead of maintaining the status quo. To begin this process, white Americans must mirror themselves and be aware enough to choose what you pay attention to — making water visible. James Baldwin posited the future of the country depends on it: https://youtu.be/nAmL3F5uylo

The country’s been playing politics for a long time on this hatred. Willful ignorance of that which America is protecting is holding us back from what we can truly become. How long will we continue to convince white people to embrace a history that will set them free? The question remains, but it may be a matter of economic interests.