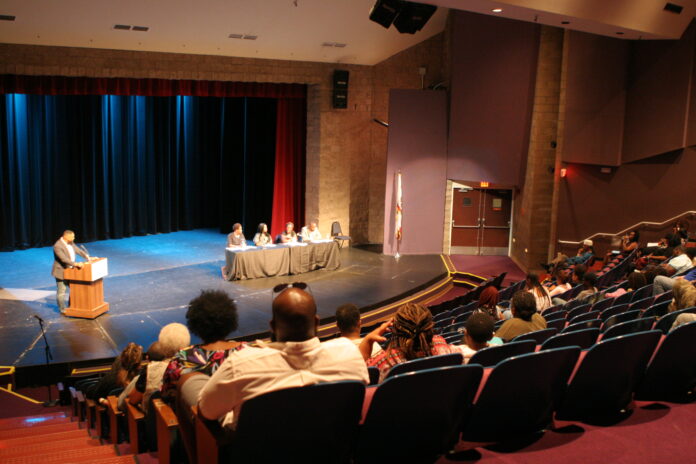 On Saturday September 7, an open forum with a panel of nonprofit organizers was held at the Education Cultural Complex on Ocean View Blvd to discuss with the community the achievement gap that persists for our black students in San Diego schools and possible solutions to help solve it. Organizations such as the Association of African American Educators (AAAE), the California Policy Center (CPC), and Black Men & Women United sponsored the event, providing direct access to help address our community’s concerns about the issue.

For the past 50 years, there has been a statistical disparity between racial groups of students in classrooms nationwide, particularly with Black children. These disparities are noticed in standardized test results, and in expulsion rates in what are considered low-income neighborhoods. In the San Diego Unified School District, including neighborhoods like Lincoln Park, Logan Heights, and Paradise Hills; Black students are stated as being significantly under the standard level, with as many as 80% reading below grade level. Meanwhile, in the Grossmont Union High School District, the expulsion rate of Black students is reported to be at least 7 times higher than that of the SDUSD despite overall county drops.

But what does this mean? How do we solve this? These were the questions that arose during the forum on Saturday. While there is no simple solution, forum participants encouraged all present to fight for change when and where it is needed most.

Francine Maxwell, Vice President of the NAACP-San Diego chapter, stressed the importance of community involvement in education. She urged parents to remember, “Education is politics,” and change requires knowledge and involvement. Maxwell also asked parents to be aware of the behavior of children attending school, and the school resources available to them.

Al Abdallah, COO of the Urban League of San Diego, agreed with LaShae Collins, President of the Association of African American Educators (AAAE), in the important role of Black teachers in classrooms. They discussed the lack of Black teachers nationwide; with Black male teachers having the least amount of representation. 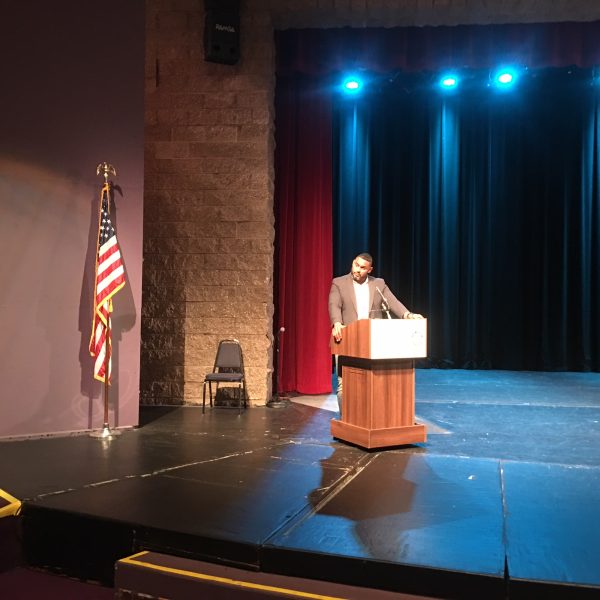 Christina Laster corroborated with her colleagues on the panel. As Parent Union President of the CPC, Laster gave meaning to the issues of the “achievement gap” and the “school-to-prison pipeline”: While black students shouldn’t be seen as less capable, Laster said, without the presence of Black staff members, black students are more likely to underperform or even leave the school system, creating a deficit of future Black educators. Expulsion as a disciplinary tool also negatively affects Black children at a higher rate than others as they are more likely to lose interest or access to school entirely; schools with high dropout or expulsion rates feed children into the criminal system.

There are many obstacles in education for Black students, forum participants noted. But changes, it was said, can only be made with cooperation between the community and the organizations that represent them. In 2010 the AAAE presented the “Blueprint to Accelerate the Achievement of African American and African Students” to the Board of Education. And while a task force was established, the effects have yet to be seen in full. As Ms. Maxwell said, Education is politics, and everyone should be concerned.