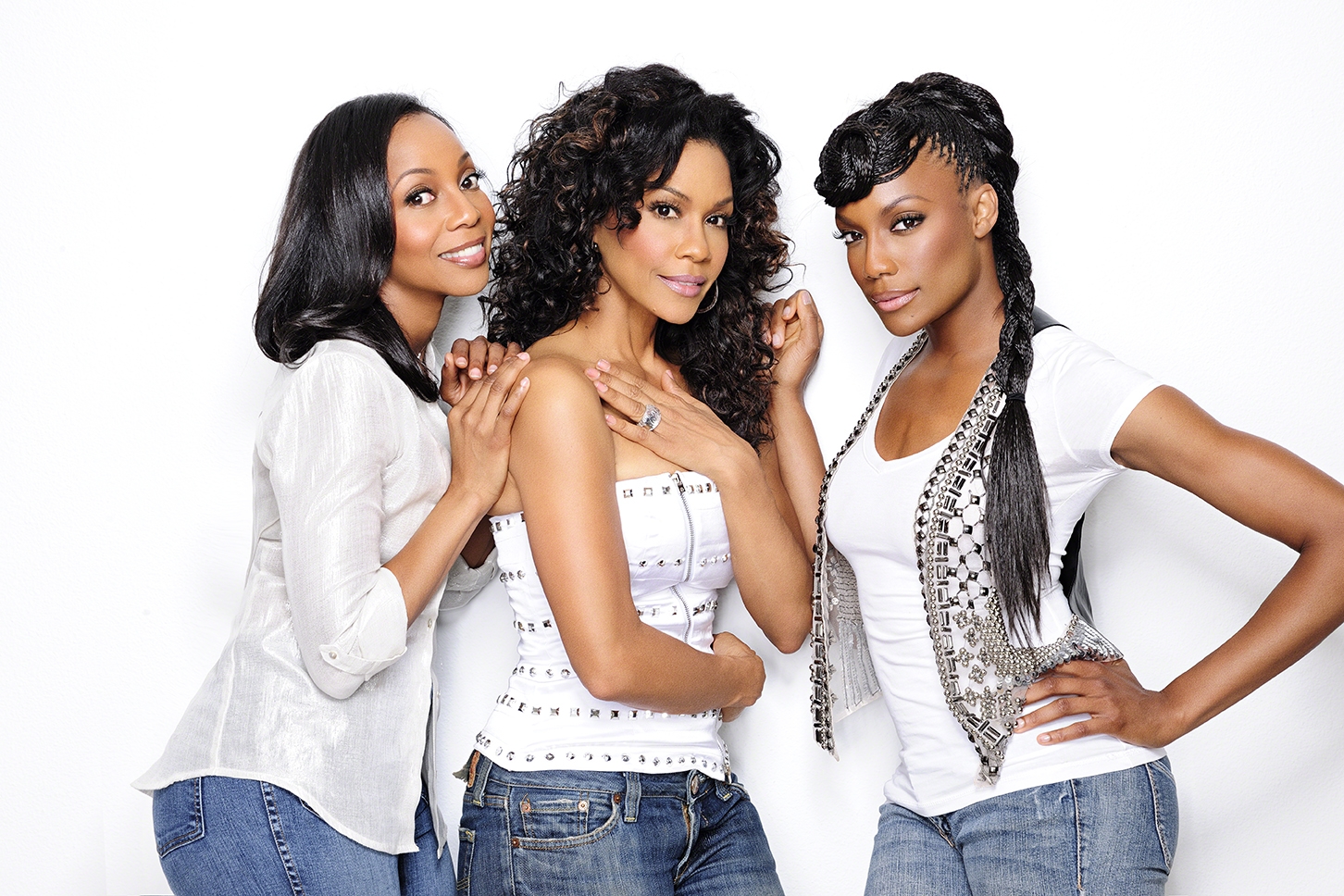 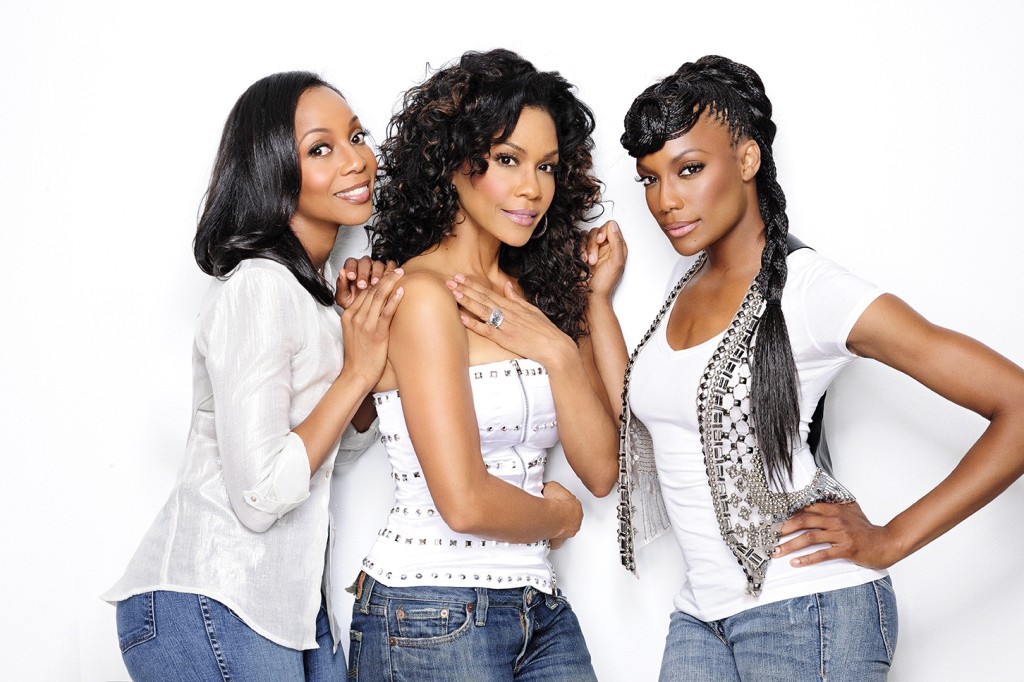 With classic hits such as “My Lovin’ (You’re Never Gonna Get It),” and “Free Your Mind,” En Vogue has proven to be a timeless class act of a group, never failing their fans with rhythmic songs and stylish looks.  Hailing from Oakland, Ca., the popular female quartet was formed in 1989 and has won more MTV Video Music Awards than any other female group in its history.  Billboard Magazine states that the group was the 18th most successful act of the 1990s, and one of the most popular female groups of our time.  Recently Terry Ellis spoke with the Voice & Viewpoint about their upcoming show in San Diego for the Summer Pops Series and their career.  “It’s been years since we’ve been in San Diego, but I’m looking forward to coming back,” shared Ellis.

Born in Houston, Texas, Ellis was not a part of the original plan of the group, but after a jaw dropping audition, the producers couldn’t do anything but count her in. I asked Ellis what she and the ladies have been up to since their last big hit; she simply replied “We’ve been working non-stop!”  Ellis is the only original member of En Vogue to have never left the group during any point and time, but has enjoyed her career’s path completely, not regretting anything that has taken place. “I personally feel like our career was handed to us on a silver platter, and it’s been amazing! I’ve learned to operate with integrity, which is number for me,” she said. In addition, Ellis believes that it’s important to “be loyal to the people who take care of you, and be trustworthy. Give 100% always and be grateful,” this is what has kept her grounded over the years.  While the group has traveled down some bumpy roads, as it relates to their members, Ellis is grateful for the longevity that they’ve had, and the fact that they’ve been able to maneuver through the industry’s changing hand. With a degree in Marketing from Prairie View A &M University, Ellis offered her observations on the industry’s many shifts. “The internet is almost 100% of the business,” she said. “I miss the days when you could walk in a record store and purchase an album or cassette tape, and look at the picture spread inside.” The fact that the business has become so internet driven has completely changed the game for this 90s female group.  “[The industry now] is a catch 22. It’s good that artists now have a lot of control. You can make a record at home and have it out there instantly. There’s no bar anymore. But it’s bad in that us artists that have been in the business have to deal with the fact that people are able to copy our music so easily.”

Now just because this group of classy ladies has been all over the world, with millions of fans to spare, doesn’t mean they aren’t as down to earth as they come. When dishing on her idiosyncrasies as it relates to packing and preparing for their shows, Ellis revealed that a lot of the times, they handle their own things. “We carry our own luggage, pack our own things, and shop for ourselves. I’m very hands on.” Ellis said if she can take care of it, she doesn’t really see the need of giving it to someone else to do.

The ladies have prided themselves on singing songs that are important to them over the years, wanting to review lyrics to any songs pitched to them, and believing that it’s more than just offering fans a nice beat. One Facebook user wanted to ensure that I ask about which songs carried the most substance for them. Ellis said “Most of our songs have been message oriented, and we wrote about our personal experiences. Today it hit me how important ‘Fee Your Mind’ is, considering where we are with the Trayvon Martin case.”  Like many other Americans, Ellis was deeply disturbed by the verdict. “When I found out about the verdict, I was on my way home from the gym. Cindy sent me a text message. I was devastated. I almost couldn’t function the entire evening.”  When asked what she would say to Trayvon’s parents if she had the chance, she simply stated “It’s not over. Remain in peace, and faithful. Just know that God’s got his hand on it. “

Though music is her heart and soul, Ellis shared that she has ventured into the liberating arena of making Gratitude Journals. “It’s a journal where every day you write five to ten things that you’re grateful for.” She says people urged her to make them, after appreciating the creative flare she put on them, and giving them as gifts. “It’s not completely official, but it is something I’m working on.”  When concluding the conversation, Ellis shared that she wanted the public to know that she now realizes how important is for women to get along with each other. “Somewhere along the way, there’s been a gap in the bridge, and we have to build it.” After an unfortunate litigation with former group members, Ellis realized how funny her reflection was going to sound, but she said “We don’t have a relationship with each other anymore (generally speaking).”  Though the litigation woes have come and gone she said that she did make an attempt to make amends with the departed members, but “sometimes you can’t find a compromise, no matter how hard you try. It saddens me.”

Currently she sits on the board of an organization called Sister Accord, which has become a global movement, created by Ms. Sonia Jackson Miles.  Ellis said that it’s not about being women biologically, but women to the core. “We have to stick together.”  On the Sister Accord website, Miles states “I resolve to establish an agreement with ALL of my sisters, whether they are black, white, red, yellow or brown.  Whether they are strong or weak, rich or poor educated at Harvard or educated on 17th Street, working in the C-suite or cleaning it. Whether they are independent or leaning and depending, confident or lacking self-esteem, fighting back or being abused and misused. I will uphold this commitment to my sisters.”   Terry Ellis, Cindy Braggs and Rhona Bennett will be in San Diego July 19th and 20th for the San Diego Symphony’s Summer Pops series at the Embarcadero Marina Park South.  Tickets are on sale for $25 (on up)  and can be purchased online  at www.sandiegosymphony.org Show starts at 8:00 p.m.