“Look, I sue police officers for a living,” said attorney Jennifer Bonjean. “What makes Mr. Cosby’s conviction so egregious is that the judge allowed these other witnesses from decades ago. I knew the fix was in when the trial judge allowed that testimony.”

This is the first of a two-part exclusive with Bill Cosby’s appellate lawyer, Jennifer Bonjean

While Bill Cosby is being held inside a small, 9-feet-by-5-feet steel prison cell in Collegeville, Penn., where he awaits a decision from the state Superior Court on the appeal of  a sexual assault conviction, Attorney Jennifer Bonjean is experienced and ready to fight to help overturn Cosby’s unjust conviction and 3- to 10-year prison sentence.

This marks the first time that any of Cosby’s current appellate lawyers have spoken to the news media.

“I can’t be put in a box. The same principles have driven my entire life: I fight to win. That’s what I do. I’m fearless, and nobody scares me. What’s right is right, and those principles, and those values, are dying in this day and age where people seem to value grifters and the dishonest,” Attorney Bonjean stated.

“In this country and our Constitution, we try cases based on the charges, and if you look at the charges against Mr. Cosby and look at those brought because of Andrea Constand. Her story doesn’t hold up,” Bonjean candidly stated.

“The prosecution knew her story couldn’t hold up, so they went and brought in these other women from 15 or more years ago, and no one has ever tested their stories,” Bonjean forthrightly observed.

“You can bring in accusers from [decades ago] and accuse him or anyone of something. There’s no way to defend that. That should have been a red flag to let people know that the prosecution had no case.”

Attorney Bonjean continued, “Look, I sue police officers for a living. What makes Mr. Cosby’s conviction so egregious is that the judge allowed these other witnesses from decades ago. I knew the fix was in when the trial judge allowed that testimony.”

Bonjean’s law office is in a four-story converted factory building in a fast-gentrifying section of Brooklyn, NY, where she is now helping to plot Cosby’s appeal and eventual freedom.

Bonjean is sort of a renegade activist, legal strategist, and advocate – her social media pages include photos of her standing with her arms-folded and bearing tattoos; while others show her making a fist at the steps of a courthouse.

Still, another depicts Bonjean and two associates standing imposingly under the Brooklyn Bridge with a leashed pit bull keeping watch.

Though opponents would probably agree that she’s tough as nails in the courtroom, Bonjean cautions not to read too much into her social media posts on Facebook, Instagram, and Twitter. “I’m a big contradiction,” Bonjean told NNPA Newswire.

Sitting next to Andrew Wyatt, Bonjean confidently holds court from her informed perspective on the challenges of Bill Cosby’s case inside the recently renovated 150,000-square-foot building in the heart of Brooklyn, NY.

Bonjean and Wyatt, Cosby’s longtime crisis manager, make the perfect team – she is working the legal issues, while Wyatt works the public relations. 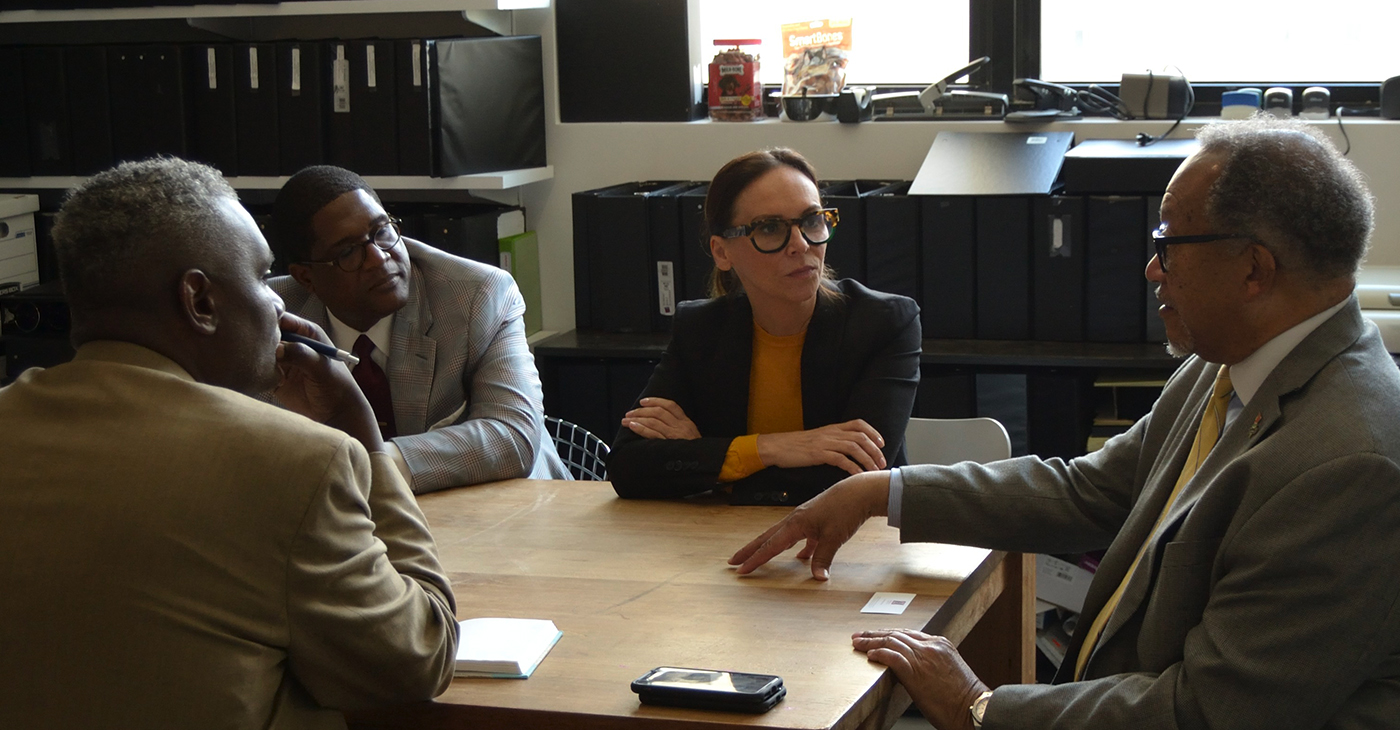 “Jennifer Bonjean should have been the lead lawyer at the appeals,” Wyatt said.

She scratches her head – in bewilderment – when discussing the trial that led to Cosby’s 2018 conviction on charges of aggravated indecent assault.

Despite the outcry of the #MeToo movement and the mantra of believing the victim that has overtaken social media and the consciousness of America, Bonjean said she never bought Constand’s story.

“People say it’s normal not to go to the police; not to have an immediate outcry,” Bonjean stated. “This was a 30-year-old woman. She was not a teenager, but someone accomplished, and for her not to have told someone; her best friend; her mother.

“Then she’s calling Mr. Cosby on the phone [more than 70 times, according to Constand’s testimony], and you’re coming to his shows with your parents, and bringing him gifts? You say you’re so into homeopathic stuff, and you watch everything you put in your body, and he gives you something, and you don’t ask what it is?”

Although Cosby’s deposition and his continued position throughout the trial were that the two were involved in a romantic relationship, Constand maintained that she viewed Cosby as just a mentor.

“Andrea Constand doesn’t have the right to re-define or re-characterize their relationship,” Bonjean noted.

The owner and founder of Bonjean Law Group, PLLC, Bonjean is a seasoned attorney with extensive experience in criminal defense and civil rights litigation. She specializes in appellate, post-conviction, and habeas corpus litigation.

Bonjean said her passion and tenacity drives her to aggressively fight for individuals who have been wronged by the criminal justice system.

She and her staff have worked tirelessly to reverse the convictions of innocent people wrongly incarcerated.

Bonjean said she remains committed to exposing the rampant police and prosecutorial misconduct that often leads to wrongful convictions.

In 2014 the Chicago Innocence Project awarded Bonjean, the Humanitarian of the year Award. She stated that she initially wanted to be a prosecutor and an advocate for sexual assault victims.

But that changed when she began volunteering for the women’s services division of the YWCA of Metropolitan Chicago.

At the YWCA, Bonjean was a rape crisis counselor and victim’s rights advocate for under-served and marginalized women who were victims of sexual assault and domestic violence.

“These were poor women of color,” Bonjean stated.

In her role as crisis advocate, Bonjean frequently interacted with prosecutors who interviewed victims and made decisions about whether to charge their offenders.

“The prosecutors were supposed to protect them, but they didn’t,” Bonjean stated.

“I was advocating for poor women of color, and I watched these prosecutors come in and treat them like crap. I thought I wanted to be a prosecutor to represent these marginalized women, but I say the way they treated these women and I was like, ‘Hell No, I can’t be a prosecutor because I can sympathize with these victims, but the system is designed to hurt poor people of color, and I just can’t be a part of that. I can’t put black women away. I immediately identified with the other side.”

Things could have been far different; instead of practicing law, Bonjean could well have been plying her trade at The Met.

She attended the Manhattan School of Music, where she earned a Master’s Degree in Music in Opera Performance.

Clearly, she’s chomping at the bit to help Cosby.

“I watched both trials like most people. When the first trial ended with a mistrial, I immediately knew the prosecutors didn’t have the goods,” Bonjean stated.

“Then I heard they were bringing in all of these women for the second trial, and I didn’t need to hear no more.”

“At the end of the day, the only person that I care about is my client,” Bonjean concluded.

PART 2: The appeal and where does Cosby’s legal team go from here?