Home National Experts: Reparations Are Workable and Should Be Provided 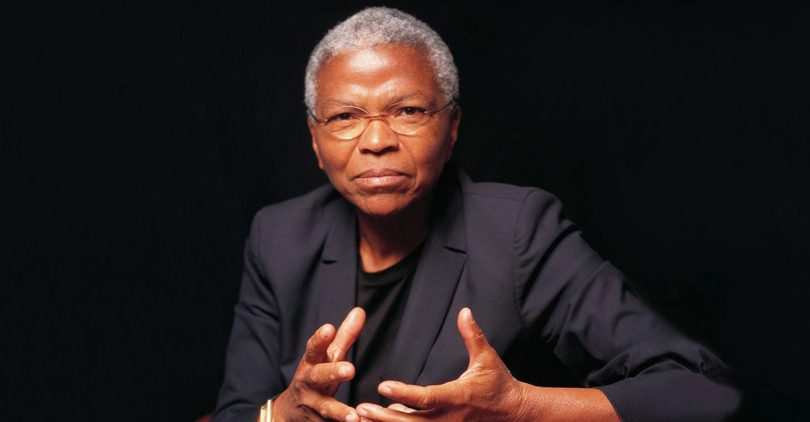 “With the racial divide stoked by President Donald Trump’s racial bias, the need for some healing among the races is a progressive and necessary policy and redress and reparations promote this healing so that we can move toward a less factionalized, less racially divided country,” Minami said.

As Joe Biden prepares to enter the crowded Democratic field for the 2020 presidential election, it wouldn’t be surprising if the former vice president will join the other 19 declared candidates in using reparations for the Transatlantic Slave Trade as a political platform.

Massachusetts Sen. Elizabeth Warren has asked for reparations for both African Americans and Native Americans.

Just three years ago, a United Nations working group jumped into the fray.

Following 14 years and 20 days of speaking with U.S. officials, activists, and families of people killed by police in major American cities, the U.N. working group issued its conclusion that the slave trade was a crime against humanity and the American government should pay reparations.

“Contemporary police killings and the trauma it creates are reminiscent of the racial terror lynching in the past,” a French member of the working group of U.N. experts Mireille Fanon-Mendes-France, told CBS News.

Dr. Mary Frances Berry, a Geraldine R. Segal Professor of American Social Thought and the author of numerous books including “My Face is Black Is True: Callie House and the Struggle for Ex-Slave Reparations,” told NNPA Newswire that, “as matter of justice and no matter how long it takes, there should be a full-throated demand for reparations for slavery echoing the demand of the thousands of ex-slaves in the 19th century and reasserted time and again since.”

“The odds against success are great but given the meager gains to date, it’s just as fruitful to argue for reparations as anything else and besides it is a just cause,” Dr. Berry said.

“Whatever we do, we should remind ourselves, as Frederick Douglass said, ‘Power concedes nothing without a demand. It never has. It never will,’” she said.

Berry, who once served as chair of the U.S. Commission on Civil Rights and as Assistant Secretary for Education in the U.S. Department of Health, Education and Welfare, scoffed at the idea that reparations are “unworkable.”

Precedent has already been set, she said.

“The country has lots of experience with reparations. The federal government gave compensation to slave owners in the border states who let their slaves enlist in the Union Army,” Dr. Berry said.

“Also, during the Civil War, compensation was given to slave owners in the District of Columbia when slaves there were freed in 1862 and, more recently, compensation for Holocaust victims and the victims of Japanese Internment are examples of reparations,” she said.

“In the 19th century after the Civil War, Callie House, a former slave, led a movement to demand pensions for old ex-slaves as reparations for their poverty and unrequited labor during slavery.

“Her organization collected petitions including the names of former owners of ex-slaves and succeeded in having bills introduced in Congress and sued the federal government, losing on technical grounds.”

San Francisco-based attorney Dale Minami, who was involved in significant litigation involving the civil rights of Asian Pacific Americans and other minorities, said he believes the African American vote is critical to a successful reparations campaign.

“With the racial divide stoked by President Donald Trump’s racial bias, the need for some healing among the races is a progressive and necessary policy and redress and reparations promote this healing so that we can move toward a less factionalized, less racially divided country,” Minami said.

For those who believe reparations are unworkable, Minami said they’re conflating two separate issues: the deserving claim to reparations and the difficulty in implementation.

“Reparations is a good idea and depending how you define implementation determines the ‘workability,’” he said.

“If reparations means individual payment, yes, there is a huge problem of allocation of money based on percentage of Black ancestry but if you define it as a Trust Fund to support Black institutions, community organizations, education, or other projects to improve the African American community, it’s bit easier to implement,” Minami said.

As an example, the Civil Liberties Public Education Fund of which Minami served as chairman, received $5 million as part of a Redress bill to give to projects that educate about the injustice of the incarcerations of Japanese Americans.

The original bill called for $50 million but so many were still alive when Redress was granted, the fund dwindled, Minami said.

“So, I think there are creative ways to help make up for the enormous cruelty of slavery and its long-term effects on the Black community,” he said.