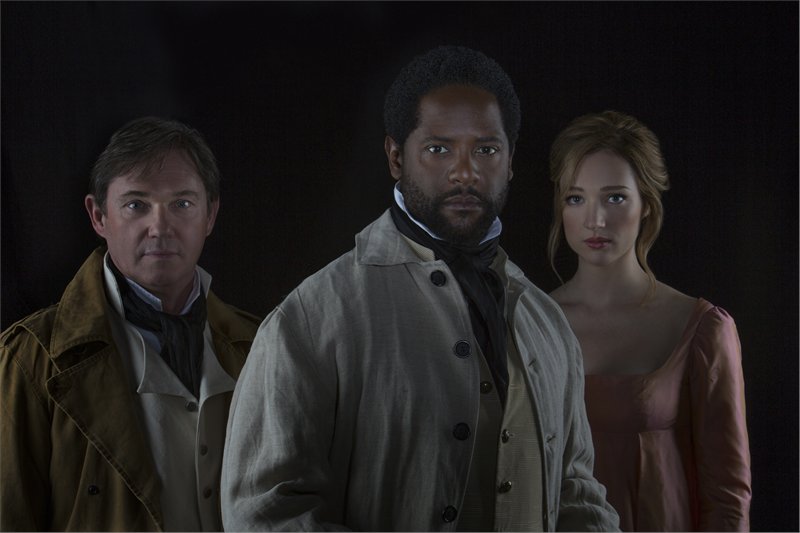 When Blair Underwood was offered the title role in the Old Globe’s upcoming production of “Othello,” he did not say ‘yes’ immediately. Not because he didn’t agree that this was the role of a lifetime. Rather, the very fact of the magnitude of the role was, he admits, a bit intimidating. After all, Othello is arguably Shakespeare’s most demanding role. But ultimately the actor reminded himself of the advice he gives his children—“You have to do the thing that scares you”—and knew that he could not turn this opportunity down. And this is very good news for San Diego theatre lovers, as they will be able to see Underwood, along with Richard Thomas and Kristen Connolly, in the Old Globe’s upcoming production of “Othello,” opening on June 22.

Taking on daunting challenges is nothing new for the award-winning Underwood, whose career has been on an upward spiral since his breakout role in the 80’s as the brash attorney Jonathan Rollins in “LA Law.” He has since gone on to amass an impressive portfolio on television, film and stage, garnering Golden Globe nominations, multiple NAACP Image awards, a Grammy and most recently a TV Critic’s Choice nomination for his role in Lifetime’s “The Trip to Bountiful” with Cicely Tyson. Additionally, the multi-talented artist earned a Drama League Distinguished Performance Award for his work in the 2012 Broadway production of Tennessee William’s classic “A Street Car Named Desire.”

Recently, Underwood took time from a busy rehearsal schedule to share some thoughts on his preparation for this pinnacle role and on his career. “I’ve always loved Shakespeare, because of the poetry of words and the profundity of the storytelling,” he offers, his resonant baritone voice pensive at times, laced with humor at others. While TV viewers have enjoyed the actor in such popular TV series as “City of Angels,” “Fatherhood,” “Sex and the City” and “The Event,“ Underwood is no stranger to Shakespeare, having performed in “Measure for Measure” in New York’s 1993 Shakespeare Festival. “The reason Shakespeare’s plays have lasted for over 500 years is because he is so acutely tapped into humanity,” he says. Othello is a complex heroic yet tragically flawed figure that provides endless possibilities for interpretation. 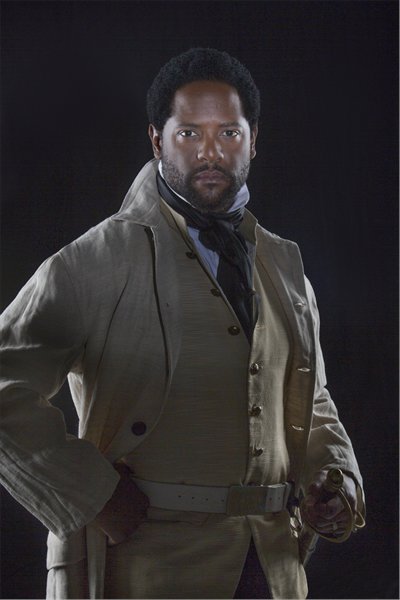 A huge draw for Underwood is working with Barry Edelstein, who directs this production. “How do you say no to working with Barry Edelstein,” Underwood smiles. “Barry is an authority on Shakespeare. He is deeply knowledgeable of his work and how to direct and produce and present Shakespeare’s stories and characters. To take on something like this for me as an actor is such an added bonus, because you feel like you’re in incredibly gifted and capable hands.”

The production in fact offers a confluence of talent with Emmy Award-winning Richard Thomas (“The Americans,” “The Waltons”) playing Iago and Kristen Connolly (“House of Cards,” The Cabin in the Woods) as Desdemona. Both Thomas and Connolly have worked with Edelstein previously and bring enormous talent to the production; and while this is the first time Underwood has worked with either of his cast mates, he says that he and Thomas were neighbors for years in Los Angeles and they always wanted to work together. “Richard as Iago is incredible,” offers Underwood, adding a fresh visage to the villainous character. “Richard has a quality about him—he’s a very good man and a great human being. Many know his work as John Boy on the Waltons and he has a goodness about himself as an actor. It’s a vital quality for Iago.”

Love, jealousy, power and honor are all part of this magnificent Shakespearean tragedy. So how does Underwood tap into the wild emotional odyssey that Othello takes as his character arcs from revered general to murderous warrior? “You just have to open yourself up to the emotions of that character,” he says. “And you believe it. And if you believe it, the audience believes it, which is scary and can be unnerving. More than a few actors who have played this role say that it gets under your skin partially because you are completely vulnerable.“ And while it is unnerving, Underwood allows, it is also this process that fuels exhilaration, because “it demands that you play so many different levels. First he is a commanding general, then you play a vulnerable lover and then a slighted lover, then a vengeful warrior. Then he is remorseful, almost childlike by the end. It’s really an extraordinary journey that Othello takes.”
Extraordinary journeys define Underwood’s own career, a highlight of which he says was playing Stanley in “Streetcar Named Desire.” He likens playing on Broadway to a kind of high wire act. “Because ‘Streetcar’ is an American classic, because it was on Broadway, and the fact that it was a historic production in that it was multicultural, primarily black,” he reflects, “in my 29th year, and at this stage in my life and my career, that was huge for me.” 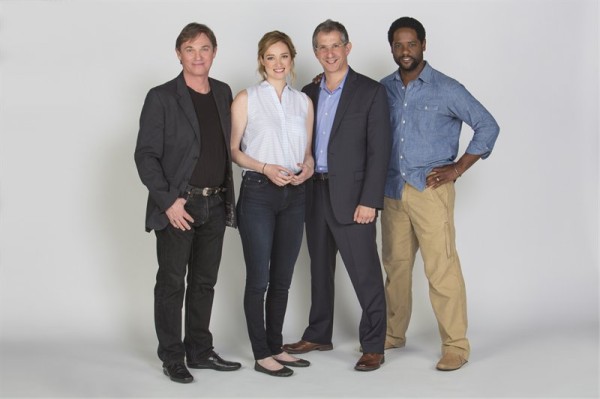 In an industry where careers can be fleeting, to what does Underwood attribute his longevity? “Taking your destiny into your own hands,” he responds without hesitation. “Not waiting for someone or anyone to give you that opportunity.” Creating his own production company and raising money for projects that resonate with him, partnering with people that he wants to work with are all tools that have helped him achieve artistic success. “In this way, you are constantly moving forward. When you are moving forward in a positive manner and challenging yourself and doing the things that terrify you, like ‘Othello,’ there’s a magnetic energy that happens, then positivity comes to you. Opportunities are brought to you. If you just sit and wait, it’s very easy to get stagnant. “
The actor/director also speaks candidly about the inevitable bumps along the road, citing the short-lived series “Ironside,” which was cancelled after only a few episodes in 2013. “Nothing is guaranteed,” he says matter-of-factly. “If you go into every project understanding that, then you are not really disappointed. What the ratings are, what the box office is, I cannot control. My focus is the process, the work, the creating of the project.” And true to the substance of this philosophy, he notes that if it were not for the cancellation of “Ironside,” he would not have been available for “The Trip to Bountiful,” a rich and rewarding role and one for which he earned that Critic’s Choice nomination.

Journeys, whether they be that of the tragic hero Othello, or the acclaimed actor Blair Underwood–or our own–make for compelling adventure. Audiences can share some of that adventure in the Old Globe’s upcoming offering of “Othello,” which runs June 22 – July 27. For more information, visit www.theoldglobe.org.