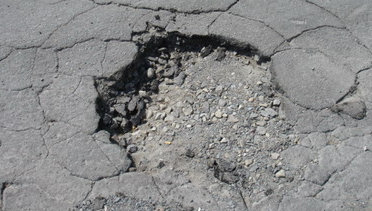 Faulconer’s One San Diego budget proposal calls for 16 additional full-time City workers to focus solely on pothole repairs. Fourteen of those workers will join Asphalt Repair Crews, which target larger potholes, and are expected to double the amount of asphalt repaired annually. The City will also create an additional 2-man Pothole Repair Crew for nine citywide to fill smaller potholes. These changes are among several enhancements in the budget plan aimed at addressing the City’s large infrastructure backlog.

Mayor Faulconer said, “My budget will add more workers to proactively fill potholes so residents don’t have to call in as many complaints. I’m prioritizing programs that will make life better for all San Diegans and there is no simpler way to do that than by fixing our roads. It’s a wise investment today that will make sure our City roads and our car suspensions remain intact for years to come.”

Faulconer’s budget plan also calls for increased funding for condition assessments for streets, sidewalks and facilities; street and sidewalk improvements; and financing for a $120 million bond that will fund a variety of neighborhood and street projects.

Councilmember Kersey, Chair of the City Council’s Infrastructure Committee said, “The increased funding for street repairs, condition assessments and sidewalks make clear our commitment to rebuild San Diego. The assessments in particular will help the city get a realistic picture of the long-term investment we need to make in our neighborhoods so we can finally put an end to the deterioration of our City.”

On the campaign trail, Faulconer pledged to invest at least 50 percent of all new major revenue growth in the City’s General Fund toward infrastructure-related issues. An April 28 report by Independent Budget Analyst Andrea Tevlin noted that “the Mayor exceeded his pledge” by allocating more than $21 million, or 64 percent, of new revenue toward infrastructure.

Councilmember Sherman said, “The most basic and important function of City government is to create and maintain a well functioning infrastructure network and for far too long we have neglected this core function. This is why I am grateful to the Mayor for following through on his promises to reinvest in our neighborhoods by committing 50 percent of all new major revenue, over $21 million, into neighborhood repairs.”

The City Council will begin deliberating Faulconer’s One San Diego budget proposal Monday with a series of public hearings.​