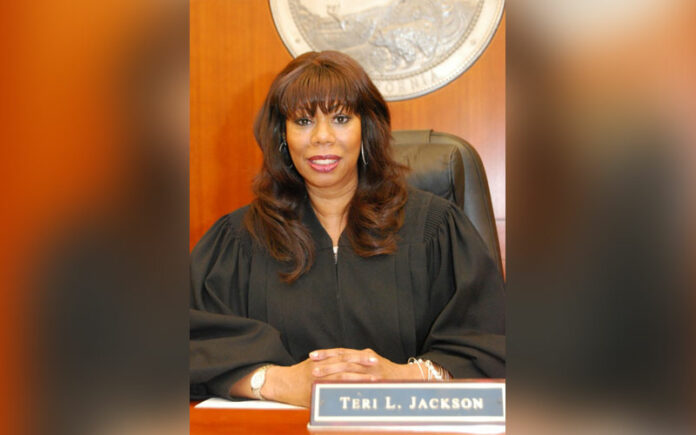 If confirmed, Jackson, 63, a Democrat from San Mateo, will be the first African-American woman in the history of the state to serve on the court. The only other African-American woman to serve on a California appellate court bench was Justice Arleigh Woods who was a justice on the 2nd District Court of Appeal in Southern California. Former Gov. Jerry Brown appointed Woods, who is now retired, in 1980 during his first governorship.

“Gov. Newsom has a commitment to diversity and this is one more piece of evidence,” said Alice Huffman, president of the NAACP California-Hawaii Conference, responding to Jackson’s nomination.

In 2002, Jackson made history, too. Gov. Gray Davis appointed her to the San Francisco County Superior Court that year, making her the first Black woman to serve on that court.

She also worked in private practice also as a counsel at Orrick, Herrington & Sutcliffe LLP, an international law firm based in San Francisco.

Jackson, a graduate of Georgetown University law Center in Washington, D.C., will earn an annual salary of $244,700, if confirmed, according to the governor’s office.

Black women, one of the most loyal and energized voting blocs in the Democratic Party, may not be getting their due yet at the national level. But if what’s happening in California with Black women Democrats, at all levels, is a sign in the tea leaves of what’s to come, then brace yourselves for a beautiful blue world of Black Women in politics.

Another well-known Black woman and politician, state Senator Holly Mitchell (D-Los Angeles), spoke to the audience in the crowded room at the swearing-in, too.

Then, Diane Becton, judge and former trial lawyer, and first Black women to be elected District Attorney in Contra Costa County in 2018, performed the swearing-in ceremony.

“Already the African American caucus is changing this party,” said Taisha Brown, the new chair of the CDPAAC at the event. “We also got the Children’s caucus to declare racism a public health issue for our children. We are also working with the legislative Black caucus to turn this in to legislation.”

The other officers installed on the CDPAAC board are Kendra Lewis, vice chair, Lorrie Brown, recording secretary, and Cecile Nunley, treasurer.

During the California Democratic Convention in Long Beach, Assemblymember Mike A. Gipson (D-Los Angeles) led a rally to “End Gun Violence” outside the convention Center.

A solemn mood attended the event which took place in the wake of last week’s deadly school shooting at Saugus High School in Santa Clarita County during which a 16-year-old student killed two of his schoolmates.

During the last legislative session, Gipson sponsored a bill, AB 879, to close a legal loophole he says was  responsible for “Ghost Guns,” weapons anyone in California could buy online without a background check and assemble at home.

He says, too often, those firearms ended up in the hands of criminals.

A group of USA Today Network publications in California launched an investigation into how California deals with cops who commit crimes.

After six months, they made a few interesting findings. There have been about 630 current and former cops in California who have been convicted on a range of counts, from domestic violence and animal cruelty to reckless driving and manslaughter.

More than 80 of them are still on the job.

What is not particularly interesting  about this story is that there are more than 100,000 cops in California. So 80 is a really, really small percentage.

We’re not defending “dirty” cops who commit crimes, and worst, get to keep their jobs, but it seems there needs to be deeper investigations into why there are any cops at all on the job who have criminal convictions. We will be following this story.

Meanwhile, the whistle-blowing publications have now created a database you can use to see if a cop you know, or know of, has caught a charge in the past.

Because Almost Doesn’t Count: NAACP Wants Every Black Person in California to Participate in Next Year’s Census

Beginning next week, from Nov. 24 through Dec 15, the California-Hawaii NAACP Conference is planning to lead a push across the state called “Black Recruitment Week”  organized to recruit African Americans in California for Census 2020 jobs.

The civil rights group’s 56 branches across the state will host the events.

Times and locations will be announced on the state NAACP’s website.