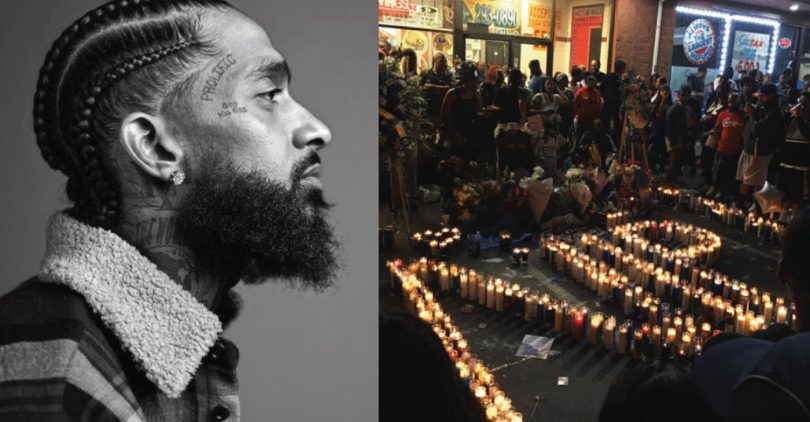 “It is heartbreaking to again lose a member of our family. It is a heartbreak because it’s so unnecessary. It is so painful to know that we don’t have enough people taking a position that says: Listen, we must have stronger gun laws,” said Stevie Wonder in his eulogy to the slain artist.

Nipsey Hussle, whose real name was Ermias Joseph Asghedom, was shot to death in Los Angeles on March 31 outside of his store Marathon Clothing. He was 33.

Though he arrived on the music scene in the early 2000s, Nipsey Hussle was known not only as a musician but as an entrepreneur and community activist. He rose from being a high school dropout at 14 to becoming a prolific creator of impressive rap and hip-hop mixtapes he would sell for $100 each. His debut studio album, Victory Lap, was released by Epic Records in February 2018 and was a commercial success.

A letter from former President Barack Obama in part read, “While most folks look at the Crenshaw neighborhood where he grew up and see only gangs, bullets and despair, Nipsey saw potential. He saw hope. He saw a community that even through its flaws, taught him to always keep going.”

Hours after his death, Los Angeles Police Chief Michael Moore said, “I saw the name Nipsey Hussle, and I looked at that again, and I looked at it again, and it was like I could not believe it… this is a voice that was trying to help. His choice to invest in that community rather than ignore it, to build a training center, to build a co-working space in Crenshaw, to lift up the Eritrean-American community, he set an example for young people to follow. I hope his memory inspires more good work in Crenshaw and communities like it.”

Hussle’s memorial service took place on April 11 at the Staples Center in Los Angeles. Over 21,000 free tickets to the service sold out in less than an hour. Hussle’s longtime partner was the actress Lauren London, who he began dating in 2013.

“It is heartbreaking to again lose a member of our family. It is a heartbreak because it’s so unnecessary. It is so painful to know that we don’t have enough people taking a position that says: Listen, we must have stronger gun laws,” Wonder said.

“One of the first times me and Nips were hanging out, he came up to me and said, hey cuz, you need to do an amusement park, call it Doggyland. The sixth time he said it to me, I said Nip, why don’t you just do it for me, dog? Because I don’t understand the dynamics of what you’re saying. I’m old school. I’m A-B-C-D. You’ve done and gone into the Matrix. But Nip ended up buying a whole square. He ended up doing things for the community. He built his own Doggyland,” said Snoop Dogg.