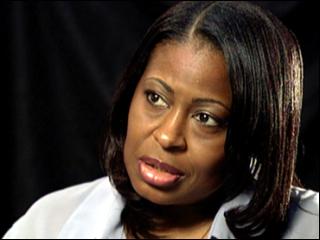 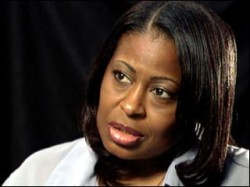 Today’s youth face a myriad of challenges. For so many, just making it to high school graduation is something of a fantasy. And through adversity, there are few role models for students to look towards when trying to find something on which to grasp. But for Cupcake Brown, a San Diego native, adversity was life. A life she eventually overcame, and triumphed to share her story of inspiration with other youth who seek someone to look up to.

On last Thursday evening, SAY San Diego hosted an open community forum featuring Ms. Brown. Held at O’Farrell Community School, the event drew close to 200 attendees, many of whom were students. Ms. Brown has written a book about her experiences, A Piece of Cake, a New York Times Best Seller, which colorfully depicts the extreme hardship she faced beginning with her mother’s sudden death at age 11.

“I want everyone to close their eyes,” began Ms. Brown as she spoke to the students. “Now imagine your life. Envision your life path. Where do you see yourself going? How will you achieve your success?” With their eyes still closed, Ms. Brown began to describe her life growing up in Southeast San Diego as an 11 year old child; a happy home, a mother and father who loved her, and she loved them. Until one day she found her mother dead, and then her life changed forever.

Ms. Brown recounts that she discovers that the man whom she thought was her father, was not her biological father. And when her mother passed, the “sperm donor” (as she calls him) came into the picture and obtained custody of her. It was a horrible situation at best, and Ms. Brown fell into drinking, smoking and prostitution. By age 13, she was an addict. The students were visibly mesmerized by her story.

Ms. Brown married, and was verbally and physically abused by her husband. She said, “I didn’t leave my husband because he was beating me, I left because he was using my stuff,” her drugs that is.

At San Diego State, it was Criminal Justice Professor, Paul Sutton who encouraged her to go public with her story and write a book. Stressing the importance of the company you keep, Ms. Brown emphasized that once she changed her circle, she was able to achieve her goals. She pursued her law degree and passed the California Bar on her first attempt.

“No matter what lies behind each door, you have to make the right choices. And if it’s a bad situation, you need to shut that door.”

She concluded, “If you don’t remember anything else tonight, know that God makes the impossible possible. There are no excuses but you.”