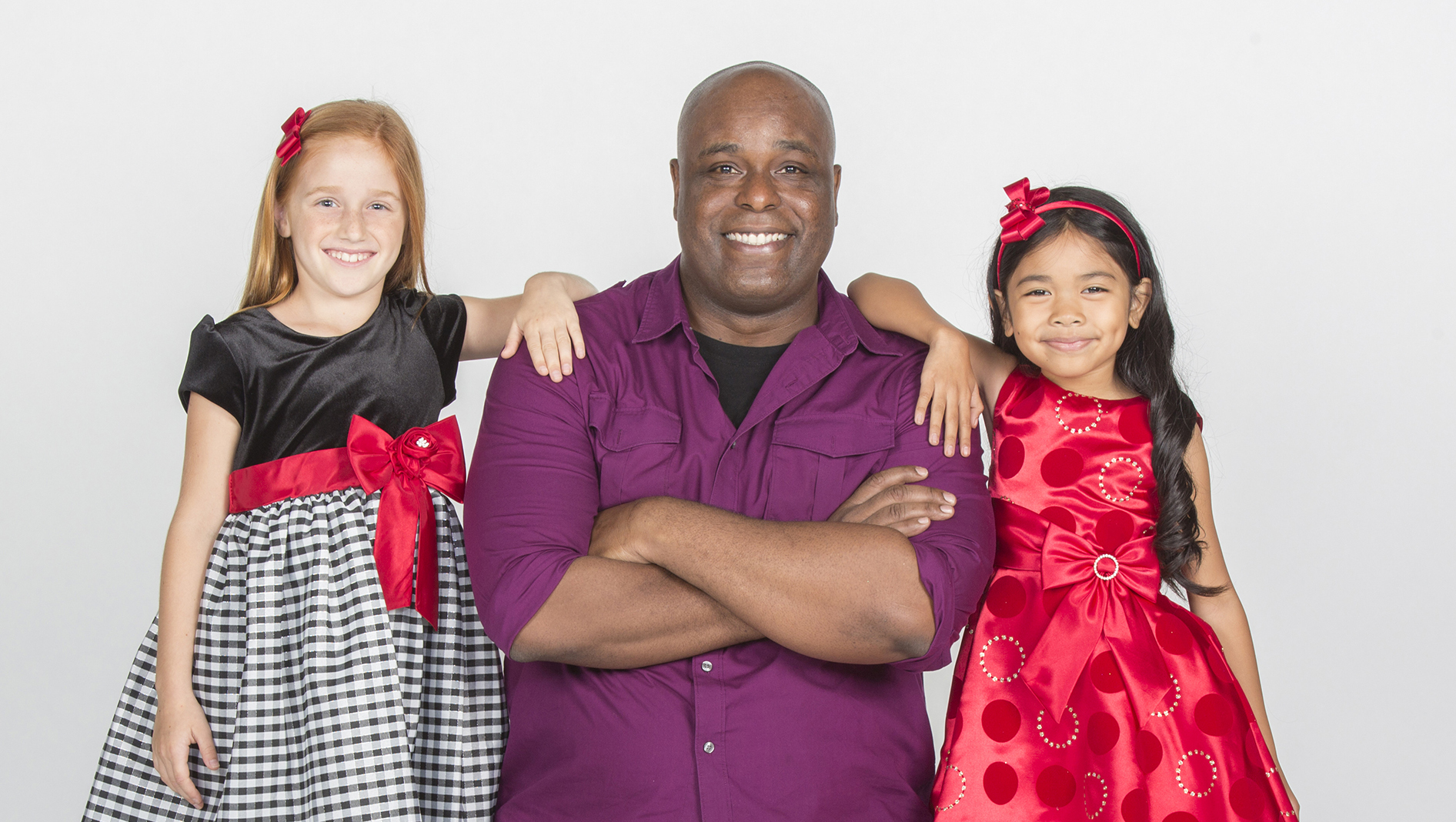 It’s a time-honored holiday tradition, as sure as the San Diego Bay Parade of Lights or the Hotel Del’s Skating by the Sea, to see the Old Globe’s production of “The Grinch Who Stole Christmas.” The wonderful, whimsical Dr. Seuss classic, running now at the Old Globe Theatre through December 26, is a show for kids of all ages, and filling the stage this year as the Big Green Meanie is J. Bernard Calloway, a consummate performer of stage, screen and TV. Calloway was an original cast member of 2 Tony-winning Broadway hits, originating the role of Delray in “Memphis” and earning critical praise as Rev. Ralph Abernathy in “All the Way” with Bryan Cranston.

Broadway is one thing, but what about filling the gigantic fur-filled green chassis of the notorious grump on the hill? Calloway is more than up for the challenge. “It’s exciting to be part of the tradition here at the Old Globe,” offers a friendly and chatty Calloway, taking a break from rehearsal. “My objective is to keep that tradition alive, and bring my own uniqueness to the role without taking anything away.”  In its 18th year at the Old Globe, why does this play continue to bring in audiences year after year?  “It’s all about community and family and understanding how we all need each other to survive in the world we live in,” he says. “And, after all, this is Dr. Seuss. We all grew up on his stories. There is history and a beloved quality to the characters and the tale.”

The energy on the set is exhilarating for Calloway and he loves that director James Vasquez encourages him to fuel the crotchety character with his own variety of creativity and vibe, to bring his own brand of “Grinchness” to the role.  It does not go unnoticed that the New York-based actor is a burly 6’2”, towering over the cheery denizens of Seuss’s mythical Whoville.  And as the first African American to take on the role of the grumbling green guy, there is a kind of history-making precedent. Coupled with this, the role does not come without some physical challenges, namely complex costuming requiring layers of green goopy makeup and fuzzy head-to toe vestments.  “You’ve got the fat belly, the long furry fingers, the chunky legs, and the leotard under the actual hairy costume,” he says. Learning to physically deal with objects and the actual set makes for a daunting as well as a thrilling adventure for the seasoned actor. “I’ve recorded it live in my mind, moving through each action, learning how to pace myself. It’s not a walk in the park at all,” he confesses, “but it’s exciting. In theatre you go on this journey, this story and it takes you away to another place. It evokes your imagination and makes you think. To me that’s what theatre is about and that’s what this play does. That’s what makes it so magical year after year…I love that I’m able to play in the sandbox with the rest of the kids on the playground.”

And the kids that he plays with are a talented ensemble of actors including young Taylor Coleman reprising the role of Cindy-Lou Who, alternating that character with Mikee Castillo, both rising local thespians. Steve Gunderson returns as Old Max for a 13th year and Blake Segal hails as Young Max. Calloway holds the entire cast in high esteem, all of whom are drawn from a gifted artistic community. “These people are class acts,” he enthuses. “They open the door of timelessness, truth, and authentic storytelling.”

Versatility and a keen intuition for what makes a character interesting and a story worth telling are hallmarks of this accomplished actor’s career. He caught the acting bug as a student at Alabama State University, where he began as an accounting major, but after getting his first role in a play on campus, his fate was sealed, later earning an MFA from Brandeis University in Massachusetts. You’ve no doubt seen the brawny actor on the big screen in “The Taking of Pelham 123” and “Man on a Ledge,” and in TV roles including “Law and Order, “Blue Bloods,” “Person of Interest.” His theatrical credits include a variety of regional theatre including August Wilson’s “Jitney” and “Dreamgirls” with Jennifer Holliday, in addition to his pinnacle work on Broadway. To what does he attribute his longevity in an industry that can be brutal and filled with rejection, especially for actors of color? Building bridges and relationships has been key as well as being selective about roles that he takes on. Voiceovers, commercials (including a Liberty Mutual ad airing now), featured roles in the full range of media—this is all part of what it takes to build a successful career, he says.  “If I choose to be a security guard all the time or an extra in a commercial, that’s how the industry will see me.” Saying no to a role may place a temporary hold on his career, but it also leaves him open and available when the right role comes along. This is vital for casting directors who know the extent and the texture that he brings to his work.  “This is why I am able to play a cop killer on “Blue Bloods,” and the next thing you know I’m playing the Grinch at The Old Globe,” he laughs, then adds philosophically,  “What I do in my career is not just about right now. I think about my career and building relationships so I can be like the Ossie Davis’s and the Ruby Dee’s of the world. So people can understand there are much more nuanced things than just playing musical theatre or straight plays or television. I do the whole gamut. In the long term it’s about doing things that matter.”

And as we usher in the season of light, Whoville beckons. Even in–especially in–these troubled times, Seuss’s fable about things that matter, things like kindness, family, and community, resonates all the more deeply.