Home State and Local Gladiator School of Martial Arts and Boxing is Raising Funds to Continue... 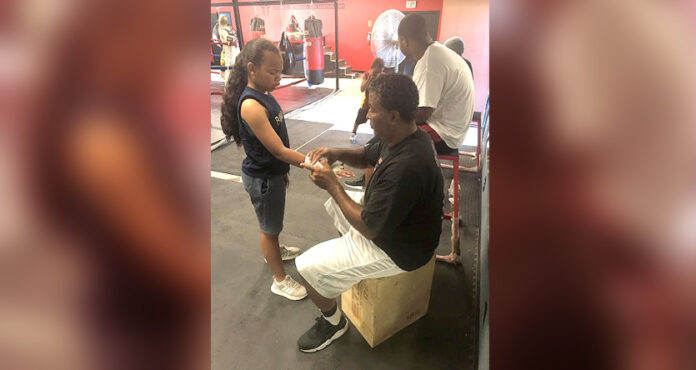 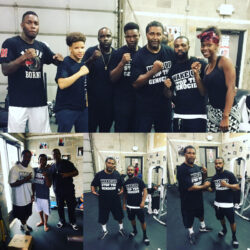 For 15 years, the Gladiator School of Martial Arts and Boxing has been a staple in San Diego, thanks to its founder – Travis Stocking.  Affectionately known as “Coach”, Stocking is an advocate for peace and fitness. In 2004 he created the gym as a place of refuge to keep local youth off of the streets and out of trouble. To date, hundreds have come through the gym’s doors, experiencing radical change in their hearts, minds and lives.  With a black belt in martials arts years of boxing experience, Stocking encompasses what it means to have a gladiator’s heart and a willingness to achieve. Today he’s using that same heart to fundraise for the gym for some necessary repairs and upgrades, so that it can continue to operate at maximum efficiency.   While the gym has produced some great success stories, it was only while he was overcoming his own battles in life, that the idea for such a place was put on his heart. 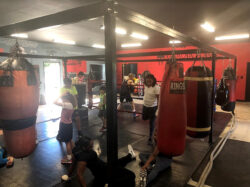 When Stocking was young, he picked up the love for boxing and martial arts but was soon derailed.  Life happened and the streets seemed to have more of an appeal than the structured environment at home he’d been given.  After nine years in prison, Stocking knew he needed to ensure that no one would ever encounter what he had.  “When I went to prison, I’m looking around and thinking – this is for animals. There’s no way in the world I belong here,” he recalls. He told those he was incarcerated with that the only way they’d see him again was on the other side of those walls.  “I’m going to go out there and help dudes and young ladies, so they’ll never come here.” That was 28 years ago, and Stocking has kept his word. 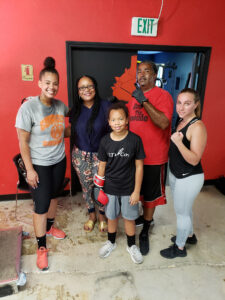 Gladiator School of Martial Arts and Boxing is located at 10793 Jamacha Blvd, Ste. 104 in Spring Valley, the second location he’s had since the gym’s initial opening. “Boxing makes you a strong person. It builds up your self-esteem. In that ring you’ve got to have the skills to be on your own. No one else can help you.  So [boxing] helps you stand alone. It helps you to say, ‘I’m big enough to say no’,” he says.  “There are times when kids come to the gym and they don’t want to leave. I love having them here because their parents know where they’re at. They’re safe. I know they’re not out there writing on a wall or gangbanging,” he added.

Housing kids from all walks of life and affiliations, the gym is a safe place to release stress, build trust and work on self-development.  Stocking is raising money over the next few months for some necessary upgrades and repairs so that he can continue to make the gym a home away from home. “We need new floors that total about $9500, 13 boxing bags totaling $1950, a health drinks bar and additional equipment,” he shares.   The fundraising costs also cover the unpaid gym memberships he’s freely given to kids so that he turns no one way. To get to his goal, Stocking is raffling off two vehicles. “I’m raffling a 1993 Lincoln Continental that has 46k miles, and a 2001 Cadillac Deville with 71k miles.”  For just $20 a ticket, people have an opportunity to drive off in a classic knowing that their money is going toward a good cause.  In total, Stocking’s fundraising goal is $50,000.  Tickets can be purchased at the Gladiator School of Martial Arts and Boxing located at 10793 Jamacha Blvd, Ste. 104 in Spring Valley (619) 933-6584 and the World Famous Imperial Barbershop located at 6443 Imperial Avenue in San Diego, (619) 577-6724.