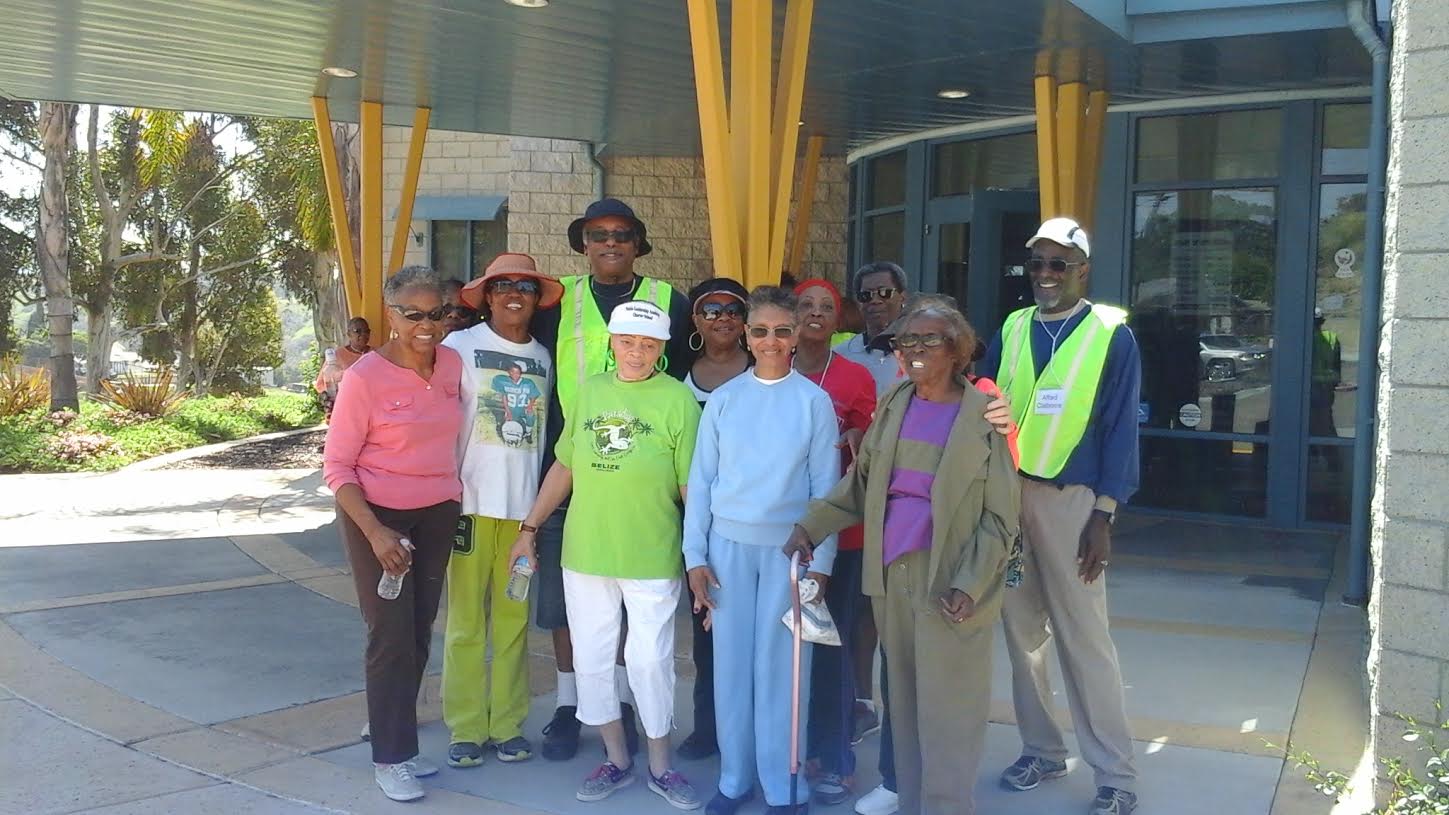 Stereotypes follow us like shadows. Sometimes they outline the truths we like to ignore about ourselves but they lack the color and depth of who we really are. One group who understands this more than most are senior citizens. Our elders are often overlooked and depicted as grumpy, slow and senile. However, there are institutions here in San Diego that scoff at this image. Rosemary Pope of the George Stevens 4th District Senior Resource Center has partnered with the University of California at San Diego to conduct a study on how walking can increase the health, wellness and vitality of seniors, proving there is still plenty of swagger left in their steps.

The study, funded by the National Institute of Health, is a 5 year effort working in over 12 senior centers throughout the county. Pedometers are worn by seniors to measure their steps and logged by health coaches once a week. Participants receive progress charts every two weeks with the goal of increasing their daily step count by 2,000 steps by the end of the end of a two year period.

Khalisa Bolling of UCSD approached Pope about bringing the study to the George Stevens Senior Resource Center and the self-named ‘Glide and Stride Walkers’ have morphed into the most active center in the program with over 60 members.

“I wanted programs implemented that would advantageous for the seniors and give them mind stretching opportunities’” Pope said. “Not just sitting home and having a pity party for them. Ones that make them assertive.”

The center hosts group walks every Monday and Wednesday from 11-12pm. 70-80% of Glide and Stride Walkers are reaching their weekly goals. Dolling has been more than pleased with the effort put into the study from the administration, participants and coaches.

“Every site ads their own personality to it,” Bolling said. “Whenever I leave this place I’m more energized than when I walked into the door. The energy the put into it and the benefits they share is very rewarding.”

Freddia Wright has been with the program since the beginning and as already seen health benefits from dedicating herself to the walking program.

“When I became 56 I couldn’t sleep,” Wright said. “I only had 4 hours of sleep. Since getting in the program I get 6 to 7 hours and I’m very pleased about that. It gives me stronger endurance, I breathe better and I’m not as tired. The comradery and encouragement we give one another is the best part. We all came here with the same goal – to better our health.”

As one of the health coaches, Alfred Claiborne has played a big role in this encouragement. Coaches go through a week long intensive training on CPR, first aid and motivational techniques.

“A lot of problems people have is because they’re not active. If you’re active and socialize you have a good chance to maintain your mental and emotional health with a better outlook on life. That’s what got me interested. I figured I could help people by example and by being there and talking to them.”

Our time as seniors are called ‘The Golden Years’ for a reason. The Glide and Stride Walkers are a enthusiastic and energized group of spirits that take their health seriously. They have a lot left to offer this world and they want to be in peak condition while doing it.