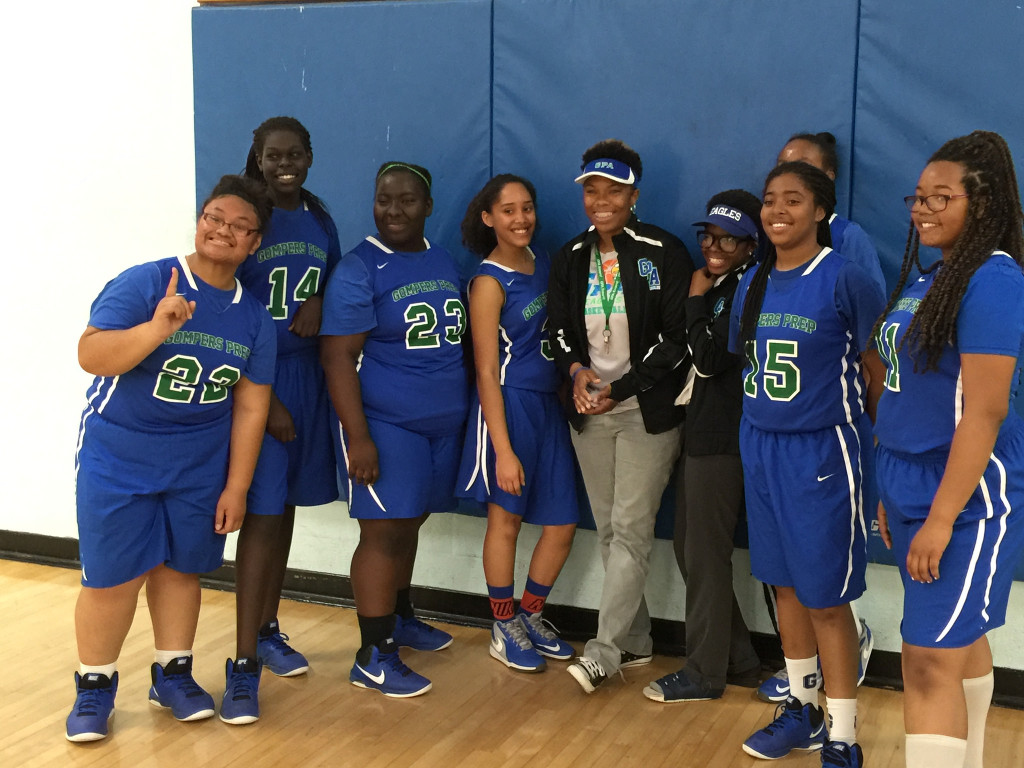 Gompers Prep Academy in previous years has been known predominantly for their scholastics. Head coach Sa’de Wiley-Gatewood and the Athletic Director are trying to change the culture for not just education, but sports as well. The women’s basketball team at Gompers is building something special in the process. The team is in their second year of existence and is celebrating their 2nd straight league championship, a top 10 power ranking, and clinching a birth in the CIF playoffs.

“It has been a progress for us every year and I’m proud of that,” said Wiley-Gatewood. “A lot of charter schools don’t make it to the playoffs here in San Diego, and I want people to know that we have a great education system here, but also our athletics teams are doing big things as well. We started with only 5 players, and I remember having to literally walk around the campus to ask students if they wanted to play basketball. Now we have 14 players, we won our league, and are getting ready to play our first playoff game ever.”

The Lady Eagles went undefeated in their league this year. I caught up with Jameia Johnson, one of the team captains and leading scorer at 23.8 points per game, before the team’s opening playoff game against Mar Vista.

“I feel great about this season. I feel we have made so much progress as a team from last season. We love playing for our coach, she stays in us, brings a lot of motivation for us to the court, and things are coming together for us.”

Coach Wiley-Gatewood, who has a storied basketball history, is now tasked with getting her team prepared for their first playoff game physically and mentally.

“I have been telling them to not so much worry about the moment, but just focus on the small things that got us here. The team that wants it the most is the team that will bring home the win. Focus on team defense, playing offense as a team and not individuals and the results will be success for us.”

Team captains Jameia Johnson, Nyiyal Lok, and Jasper Leasue are helping to lead their team with tough defense and unselfishness on the offensive side of the court.

“We are still looked as the underdogs when we step on the court, but our players play hard, and the culture is changing, and all of our players deserve the credit for that,” said coach Wiley-Gatewood.