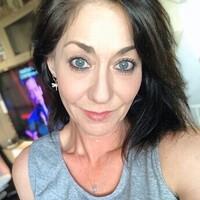 Heather Alane Lewis Hunter, born December 10, 1973, passed from this life on Friday, July 22, 2022. Originally from Monroe County, she led a rich life full of diverse experiences. She was a stay-at-home mother for many years before venturing into retail management at Macy’s in Dover, Delaware. At age 46, she accomplished a lifelong dream of becoming a flight attendant, where she successfully served Spirit Airlines, based out of Chicago, Illinois. She moved part-time to Camp Pendleton, California, to help raise her grandchildren because her son and daughter-in-law are both active military. She also worked as a manager for Miramar Marine Corps Air Station in San Diego, California.

Heather was a free-spirited, selfless person whose generosity and kindness touched people all around the United States. Since her unexpected passing, many people from around the country have shared stories of the great kindnesses Heather extended to them, some of them life changing. She will be missed terribly.

She was preceded in death by her grandparents, Edward “Bill” Cobb and Alfreda Cobb of Megargel, AL, and James “Spud” Lewis and Mary Ellen Lewis of Leakesville, MS; and her younger brother, Christopher Bell of Range, AL.