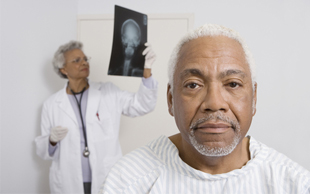 On Wednesday, March 12, the Pharmaceutical Research and Manufacturers of America (PhRMA) and the National Minority Quality Forum announced a groundbreaking campaign to increase diversity in clinical trials, and ultimately change the landscape of medical progress in this country. Appropriately named, “I’m In,” the campaign addresses the disparity among minority groups represented in clinical trials, and highlights the many benefits in participating.

“Medical innovations and new effective treatments have the power to change lives, but these breakthroughs do not happen on their own. Developing new medicine is a lengthy and complex process. It relies heavily on volunteer participation to be able to evaluate the potential therapies for safety and effectiveness during clinical trials. Without those patients, development would not be possible,” said John Castellani with PhRMA.

The national press conference to announce this new initiative was held in Washington, DC and garnered the attendance of members of the medical community across the nation, as well as patients and community activists.

Clinical trials are used to evaluate the safety and effectiveness of medications by monitoring their effects in patients who volunteer to participate. By the time the potential new medicine makes it to a clinical trial in which you might be eligible to participate, it’s typically gone through at least three to six years of preclinical testing.

To this end, diversity in clinical trials is vitally important. It’s important for individuals across the spectrum of diversity to participate in clinical trials because certain medications have different impacts on different groups of people. For example, certain blood pressure medications are less effective in African Americans than other races. So, inclusion of participants from diverse backgrounds furthers research and helps find better ways to fight diseases that disproportionately impact these populations. But African Americans, representing 12 percent of the total U.S. population, only comprise 5 percent of clinical trial participants. The statistics for Hispanics are grimmer, comprising 16 percent of the total population, but representing only 1 percent of clinic trial participants.

“To truly impact medical research, we have to emphasize the importance of diversity in the trials. It’s not possible to roll out medications without knowing who you’re going to treat. Impact becomes more meaningful when its local and it affects our lives, the lives of our patients and the members of our community,” said Dr. Carlos J Cardenas, Doctors Hospital in McAllen, TX.
I’m In will be a contributor and supporter of the Clinical Trial Engagement Network. The network is designed to be a comprehensive, sustainable solution to help accelerate the inclusion of underrepresented populations in clinical trials by utilizing zip code level mapping of disease clusters, points of care, clinical sites and community resources.

Dr. Cardenas also voiced concern in eliminating the stigma associated with clinical trials, something African Americans have experienced firsthand for decades through the infamous Tuskegee Experiments.

“I am a cancer survivor. But I’m much more than that. I am hope, I am courage, I am a warrior and thank God I’m still here. I worked in the healthcare field with HIV/AIDS and cervical cancer prevention so it was shocking to me to find that in 2009, I was diagnosed with breast cancer.” Diagnosed with stage 3 triple negative, a diagnosis common with African American women, Anderson’s oncologist recommended that she enroll in a federally-funded clinical trial.

Anderson addressed the hesitation she receives from women during her speaking engagements, but emphasizes how her participation has changed her life.

“I feel if it were not for other 55 year old African American women who participated in a clinical research trial, I might not be standing here talking to you today. I thank God that today’s cures were yesterday’s clinical trials. And today’s clinical studies are tomorrow’s cures.” February 22 marked Anderson’s five year survival date.

Salvatore Alesci, Vice President of Scientific and Regulatory Affairs for PhRMA spoke to the importance of clinical trials in the medical industry. “We’ve tried to address it individually through a number of initiatives. I think the need for diversity becomes more and more important for a number of reasons,” He went on, “The demographics of this country are changing a lot. And we know from reports based on the FDA that African Americans represent about 12 percent of U.S. population, but only 5 percent represent clinical trials. You have a higher rate of diabetes among the African American community. There are scientific reasons in the biological diversity and how different individuals respond to drugs. There are also very important ethical reasons. Those are all reasons why we need to make sure that we prevent disparities.”

“Through the clinical trial that I was in, I’m able to see my grandkids graduate from high school, maybe possibly get married,” said Anderson.

To learn more about clinical trials and to become involved with I’m In, please visit www.JoinImIn.org.