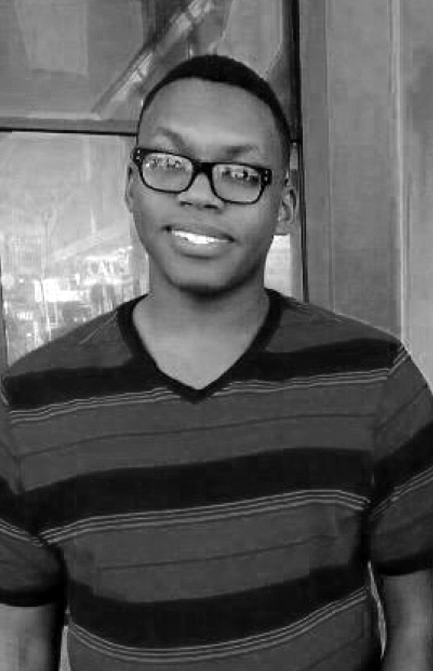 Jered Alexander McLeod was born in San Diego, CA on August 25, 1993, to Jacqualyn and Jerry McLeod. He was the oldest of two children. Jered was raised in a Christian home and attended Daysprings Christian Fellowship where he was baptized.

Jered graduated from Kearny CTA High School in San Diego, CA in June 2011. He was awarded a scholarship from ACE Mentoring Program and attended San Diego Mesa College desiring to become an architect. He joined the San Diego Job Corps and was trained in computer science. He made many friends at the Job Corps and many remained close friends until his death.

Growing up Jered was quiet but very observant. He loved putting together LEGO’s and puzzles and enjoyed reading intriguing books. Jered was a good writer but would get upset when his mother insisted he compose thank-you notes. He especially enjoyed working with computers, playing video games, and Anime. According to his sister, he was a big nerd. His natural ability for music led him to learn and play the clarinet and violin.

Jered worked many jobs before working at NASSCO and learning different jobs in the shipbuilding industry. He was currently employed with CTR Corp as a 3rd Class Marine Electrician.
Jered was living his life and on a journey to great things. Rest in peace Jered.

Memories of Jered will be cherished by his parents; Jerry and Jacqualyn McLeod, his sister, Jada McLeod, Sparkle (fur baby), his grandmothers; Gloria Thompson-Palmer, and Gloria Hunter and many aunts, uncles, cousins, and friends. Jered will be missed by all.