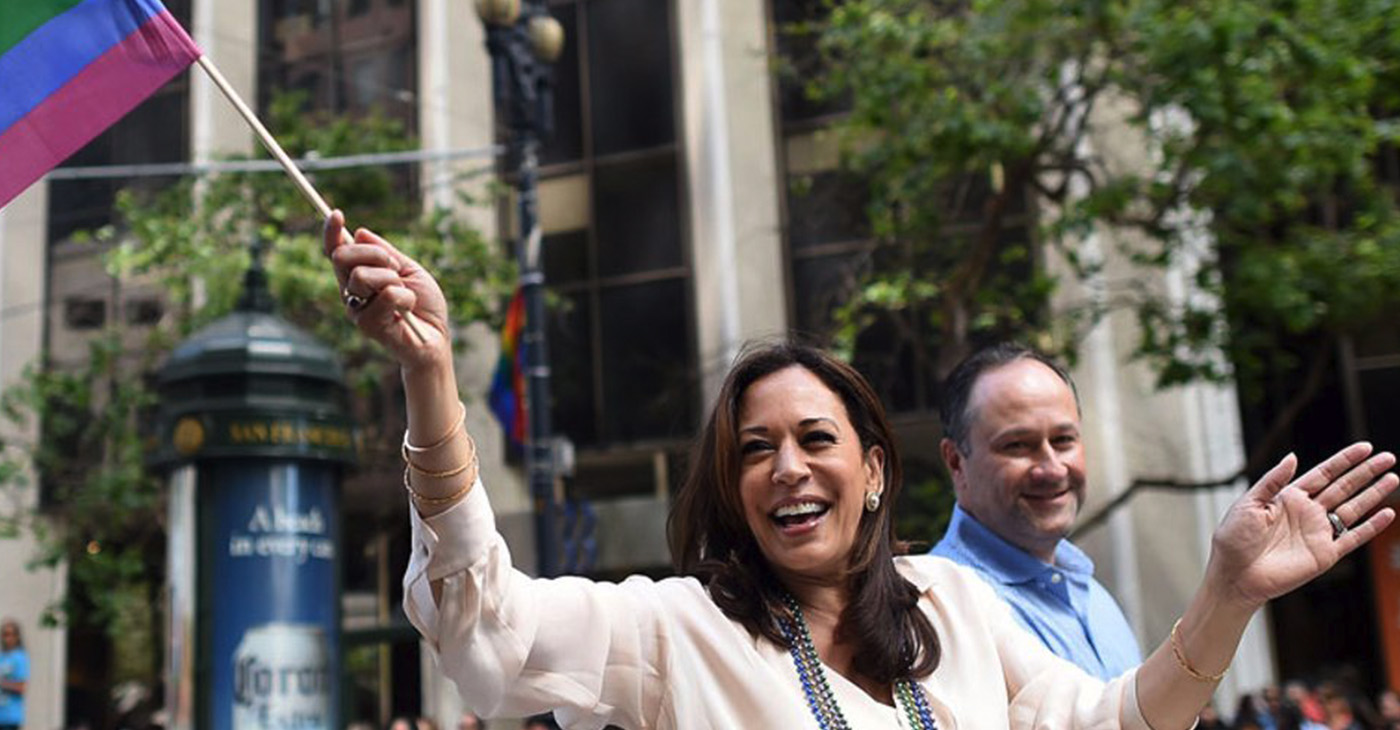 For her supporters and those who know her well, Harris has long been a fighter for freedom, justice and equality and she’s often invoked the spirit of Dr. King in talking about the America’s needs today.

“I think we all know when Dr. Martin Luther King Jr. talked about the Dream, it wasn’t about being asleep,” Harris said during the recent Congressional Black Caucus Foundation Annual Legislative Conference. “It was about being awake.”

On a day to honor King, and in a brief video from her campaign that was released on social media Monday morning at the same time that she appeared on ABC’s “Good Morning America,” Harris called on her supporters to join with her to “claim our future.”

“Justice. Decency. Equality. Freedom. Democracy. These aren’t just words. They’re the values we as Americans cherish. And they’re all on the line now,” Harris said in the video, teasing her official kickoff in her birthplace of Oakland next Sunday.

“The future of our country depends on you and millions of others lifting our voices to fight for our American values,” said Harris, the first African-American woman, and the third woman overall, to announce her candidacy for the 2020 election.

Sen. Elizabeth Warren (D-Mass.) and Sen. Kirsten Gillibrand (D-NY) have also announced that they will run.

Harris said she’s running to “lift those voices, to bring our voices together.”

NNPA Chair, and the editor and publisher of the Crusader newspapers in Chicago and Gary, Indiana, Dorothy R. Leavell, also applauded Harris’ announcement. “I am excited that Kamala Harris has entered the presidential race for 2020 and look forward to her mounting a vigorous campaign,” Leavell said.

“She is imminently qualified, having come through the ranks of politics in the Bay area and has served admirably in the United States Senate these last two years. Just last March (2018), under the leadership of Amelia Ward, who serves as Chairman of the National Newspaper Publishers Association Foundation and is the publisher of the San Francisco Sun Reporter, Harris was honored as our ‘Newsmaker of the Year,’” Leavell said.

“She has a close relationship with the Black Press and respects its commitment as an institution of the Black community. She is energetic, smart and works hard to be prepared for the duties she undertakes. We are certain that she will be a formidable candidate and wish her the best in the campaign.”

“It is quite appropriate that on the day that the nation honors Dr. Martin Luther King, Jr., a fresh and vibrant new face announces her run for the Presidency,” said Rosetta Miller Perry, Publisher of the Tennessee Tribune Newspaper.

“California Senator Kamala Harris is everything the current holder of the office isn’t,” Perry continued. “She is honest, a champion of equality and opportunity, and someone who will stand up and fight against the forces of hatred and bigotry. Her candidacy is a breath of fresh air in an environment spoiled by the toxic and incompetent individual whose administration is running the country.”

According to CNN, Harris’ campaign will be headquartered in Baltimore, Maryland – giving aides an East Coast hub in a racially diverse city that has struggled with wide income disparities – and Oakland, where Harris was born to immigrant parents who came to the US to advance their academic careers.

Harris chose to announce on Monday to honor the legacies of two of her heroes.

Forty-seven years ago this week, Shirley Chisholm, the first black woman to ever run for president, launched her campaign. And Dr. King has been a role model for