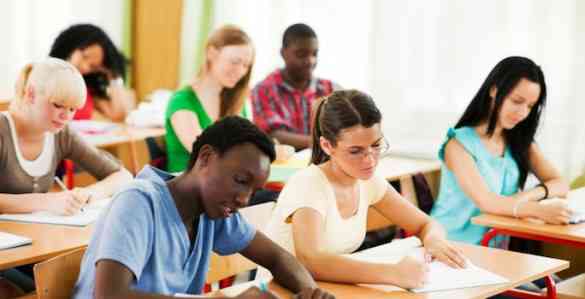 A survey posted on CampusTechnology.com showed what many people have been saying for years: high school students are not being prepared for college or jobs.

The survey showed that many students have adequate verbal skills and get along well on teams. However, students don’t think critically, can’t comprehend complex materials, have poor work and study habits, and cannot write at the requisite level.

For example, 82 percent of instructors found less than half or none of their students had basic critical thinking skills and were not even slightly prepared for college.

Quoting from the survey, “Neither university faculty nor employers believe that American public high schools are preparing students for the expectations they’ll face in college and career.”

In fact, only 14 percent of college instructors found the latest groups of high school graduates to be prepared. Only 29 percent of employers felt that students had the skills needed to enter the workforce.

For students attending a 2-year college, the news is even more bleak, with just 4 percent of instructors finding students “most generally able to do what is expected.”

Students know they are not being challenged enough. Fifty-four percent of students surveyed said classes only “somewhat challenged” them, and one-fifth said they could just “slide by”. Yet, students held fanciful beliefs that they were ready for college with 53 percent believing they were “extremely” or “very” well prepared.

(read more here)
Unlike many news organizations, Voice & Viewpoint delivers content that matters to you. Help us keep it that way by making a generous donation for as low as $2. Your support will fund local, investigative journalism for the community, by the community.

Critical race theory: What it is and what it isn’