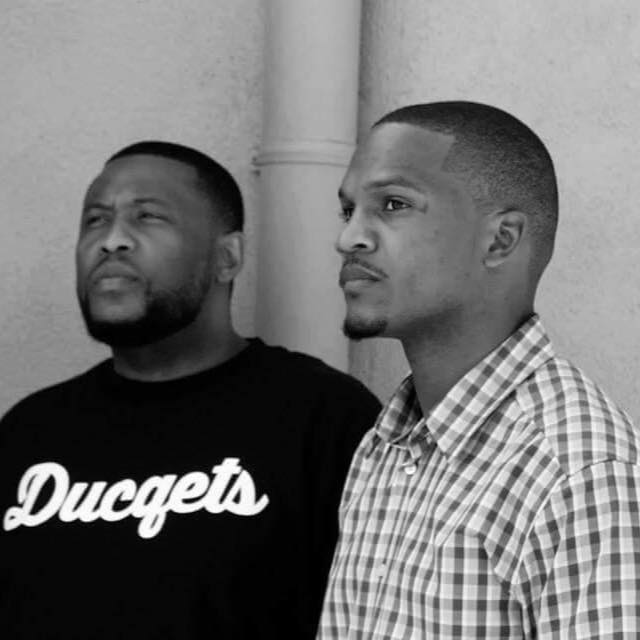 SAN DIEGO, CA  Brandon Duncan and Aaron Harvey have filed a federal civil rights lawsuit against the City of San Diego and two San Diego police officers over their arrest and incarceration  based on social media postings and, for Mr. Duncan, rap music lyrics. The charges were ultimately dismissed by a judge after Mr. Harvey and Mr. Duncan spent seven months in county jail.

Working pro bono, Morrison & Foerster litigation partner Mark Zebrowski and associate John Lanham represent the plaintiffs in the case filed January 10 in U.S. District Court for the Southern District of California. The complaint alleges violations of the men’s First Amendment right to free speech and Fourth Amendment protection against unlawful search and seizure, and seeks a jury trial to determine compensatory and punitive damages, along with declarative and other relief.

Mr. Zebrowski said the arrest and detention of Mr. Harvey and Mr. Duncan was based on a rarely used and little-known criminal statute, California Penal Code Section 182.5, which makes it a felony to participate in, further, and benefit from a gang with knowledge that other members engage in criminal activity. The case is believed to be the first time the statute was applied in San Diego, and possibly the first time anywhere in California. Mr. Duncan and Mr. Harvey faced possible life in prison before the charges were dismissed.

Mr. Harvey, from the Lincoln Park neighborhood of San Diego, was arrested in June 2014 in Las Vegas, where he had moved and was studying to be a realtor. Photographs and other social media postings that neither depicted nor mentioned any illegal conduct were alleged to link Mr. Harvey to known gang members in San Diego, and therefore to a series of gang-related criminal activity that occurred earlier that year and at the end of 2013, but Mr. Harvey was not charged with any of the underlying crimes. His bail was set at $1.1 million.

The arrests also raised the issue of the problematic CalGang system of police documentation of suspected gang members. A recent audit of CalGang by the California state auditor’s office showed, for example, that there were 42 one-year-old babies on the CalGang list.

“Gang documentation is simply a criminalization of culture,” Mr.Harvey, a social justice advocate, said. “It is a fast track to incarceration for poor communities of color in California, and a well-tested and effective way to annihilate communities. Your skin color and zip code should not predetermine your future in our legal system.”

Mr. Duncan, also from Lincoln Park, a business owner and rap artist who performs under the name Tiny Doo, was arrested in July 2014. Arresting officers told him his rap lyrics celebrated gang activity. Duncan has made a name for himself as an artist who portrays the realities of being poor and Black in America.

He was also singled out for his social media postings, some calling for the release of imprisoned local gang members. Despite the lack of a warrant, his house was searched at the time of his arrest. His bail was set at $500,000.

“The prosecutor in my case admitted I wouldn’t be charged if I sang ‘love songs’,” Mr. Duncan said. “As if creating art illustrating the impossible choices poverty presents my community and the magic of our survival isn’t an act of love. My arrest and incarceration sent me a clear sign; that my government does not think I am worthy of First Amendment rights.”

Despite their exoneration, after-effects of their improper detention linger. Both men have difficulty sleeping, and ongoing fears of arbitrary arrest. Each suffered significant financial losses due to missed work time and legal bills. Mr. Duncan, a father, was deprived of seeing his children; his grandfather, with whom he was very close, passed away during his imprisonment. Mr. Harvey has returned to live with his parents as he works to get back on his feet financially and continue his college education. He also speaks publicly, including to legislators and law enforcement bodies and at law schools, about his experience and the application of laws focused on gang activity, and has been involved in drafting and passing legislation to address the issue.

“Constitutionally protected speech and association and other expressive conduct are not illegal,” Mr. Zebrowski said. “Mr. Harvey and Mr. Duncan lost seven months of their lives, time with loved ones, financial stability, peace of mind, and confidence in the integrity of law enforcement. We hope to help Mr. Harvey and Mr. Duncan at least obtain some recovery for their losses, and a meaningful change in the system that resulted in their wrongful arrests and jailing.”

Morrison & Foerster — a global firm of exceptional credentials. Their clients include some of the largest financial institutions, investment banks, Fortune 100, and technology and life sciences companies. The Financial Times has named the firm to its lists of most innovative law firms in North America and Asia every year that it has published its Innovative Lawyers Reports in those regions. In the past few years, Chambers USA has honored MoFo’s Bankruptcy and IP teams with Firm of the Year awards, the Corporate/M&A team with a client service award, and the firm as a whole as Global USA Firm of the Year. Their lawyers are committed to achieving innovative and business-minded results for our clients, while preserving the differences that make them stronger.