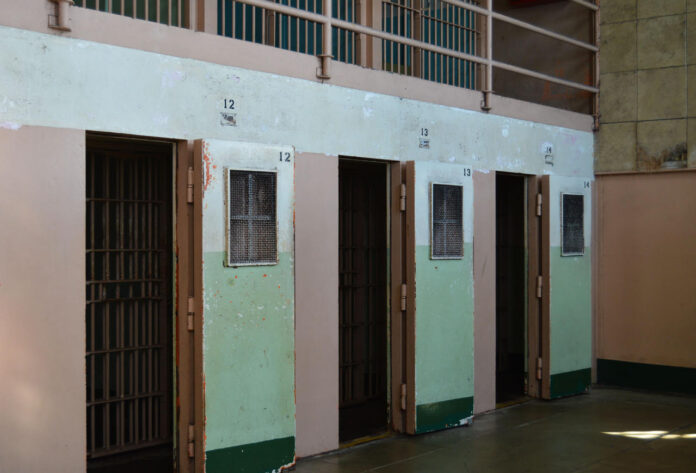 Assemblymember Chris Holden (D-Pasadena), a member of the California Legislative Black Caucus and Chair of the Assembly Appropriations Committee, has proposed legislation that would restrict prisons from holding people in solitary confinement, or all-day isolation for more than 15 consecutive days and no more than 45 days total, in a 6-month period.

Assembly Bill (AB) 2632, a.k.a ‘The California Mandela Act’, would prohibit the practice entirely for persons belonging to a “special population,” including pregnant women, persons with a developmental disability or a serious mental disorder, and individuals under 25 and over 60. It would also establish the procedures and reporting requirements for segregated confinement.

Bills meeting the committee’s suspense threshold, i.e., the cost of a bill is determined to be $50,000 or more to the state’s General Fund or $150,000 or more to a special fund, are often placed on the suspense file after committee testimony is taken and not passed directly to the Senate for a vote. Instead, a vote-only suspense hearing will be held prior to the deadlines for fiscal committees to hear and report bills to the Senate Floor.

The bill will either move on to the Senate Floor for further consideration or be held in committee.

If the bill passes the Legislature, California would be the first state to ban the practice in private immigration facilities. Since 2017, 14 other states have limited or ceased the practice for certain groups.

“Rehabilitation is lost once you put someone in a solitary confinement setting,” said Holden in a press release. “Our constitution prohibits torture, and I believe that the use of prolonged solitary is wrong, both morally, and also with respect to the rehabilitation of individuals in jails and prisons.”

The bill is named after Nelson Mandela who was famously detained in solitary confinement for 18 of his 27 years of imprisonment in South Africa. In 2015, the United Nations also named its standards of imprisonment after Mandela and deemed any period of isolation beyond 15 days torture.

Opponents of AB 2632 argue that suspending solitary confinement would complicate housing decisions and lead to dangerous living conditions for detainees and staff.

The Department of Corrections and Rehabilitation (CDCR) reports the bill would necessitate a one-time cost of $775 million to double the programming space at each institution and a one-time cost of up to $512 million to expand exercise yards by approximately 50%. CDCR also reported the increase in custody staffing required to implement the bill across its 31 institutions would cost about $200 million annually.

The Office of the Inspector General (OIG) reports ongoing costs of about of $3.8 million would be incurred to establish 25 new permanent positions to assess CDCR facilities in accordance to AB 2632 and report the findings to the Legislature.

AB 2632 is estimated to add millions in operating costs to the Board of State and Community Corrections, the Department of Justice, and county jails.

However, a recent fiscal report titled “The Cost of Solitary Confinement: Why Ending Isolation in California Prisons Can Save Money and Save Lives” drafted by the Immigration Defense Advocates and Berkeley Underground Scholars highlights potential savings from implementing the Mandela Act. The report used figures from the 2016 state budget and cost estimates from the California Department of Corrections and Rehabilitation. It predicts savings between $60 and $300 million, while impacting more than 150 facilities in the state.

“The Mandela Act builds on the decades of work done by detained individuals, activists and organizers to shed light on the darkness that is solitary confinement and allows for constructive alternatives. This bill promotes accountability, safety, and human decency and I hope others will see that too,” said Holden.