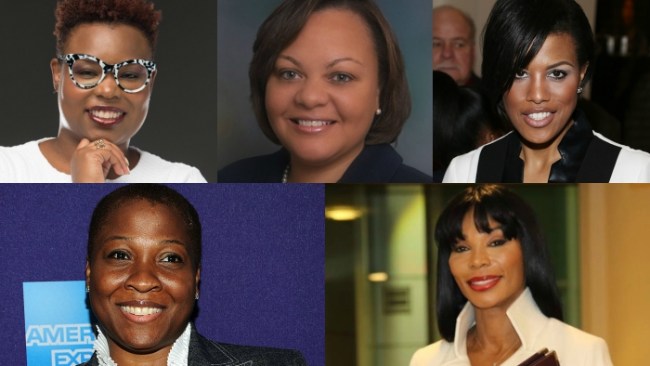 by Glynda Carr ~ The Grio

As Democrats regroup and re-imagine a stronger and more engaged party, it is imperative they revisit the successes and lessons learned from the past. Black women voters have been the building blocks of winning coalitions for Democrats, a consistent and loyal constituency.

Black women have been among the three most active voting groups in America. In 2008 and 2012, 70 percent of eligible black women casted ballots accounting for the highest voter turnout of any racial or gender group, proving that their voting power can and does determine elections. A closer look at the data shows that in 2012 Barack Obama won re-election by 4.9 million votes. Black women cast a total of 11.4 million ballots, providing the margin he needed to win.

This past November 8th, hoping to protect the gains made over the last eight years, black women did what we always do, we showed up and casted our ballots for Democracy, a system and infrastructure that often times does not show up for us. Not only did 94 percent of black women vote to keep this country moving forward by casting ballots for Hillary Clinton, we saw important elected-office gains by black women, despite the otherwise dismal defeat of progressives during the general election.

At this critical crossroads, some are suggesting moving away from “identity politics” and shifting priorities and resources to winning back white working class voters. This is not an “either or” proposition. As the Democrats decide on their leadership, priorities and strategies, they must recognize the pivotal role that black women play in the fabric of our democracy and progressive politics.

According to a new study by pollster Cornell Belcher, the CEO of Brilliant Corner Research, 63 percent of black voters feel taken for granted by the Democratic Party. Democrats cannot move forward with a plan that does not strengthen their very foundation. If the party wants a more reflective democracy then its leadership, policy priorities and engagement investments must mirror that commitment.

Currently there are two black women serving in leadership roles at the Democratic National Committee (DNC), Donna Brazile, the interim chair and Stephanie Rawlings-Blake who serves as Secretary. Donna Brazile has served twice as an appointed interim chair, but neither the DNC nor RNC has ever elected a black woman as Chair.

Lorna Johnson
Lorna M. Johnson is running for Treasurer of the DNC. Johnson is a certified nurse, health care services professional, entrepreneur and philanthropist. She is the founding partner of the Advanced Family Care Medical Group serving low-income residents in Los Angeles. Johnson was appointed by President Obama to the Kennedy Center President’s Advisory Committee on the Arts. She has also served as a member of President Obama’s National Health Care Advisory Council. Johnson has been a fundraiser for the DNC and supported candidates running on the federal and state levels. She has served on both the Clinton and Obama National Finance Committees. Learn more about Lorna Johnson here.

LaToia Jones
LaToia Jones is running for Vice Chair of the DNC. Jones is an organizer, community and labor leader and activist. She is currently the Assistant Director for the Human Rights and Community Relations Department of the American Federation of Teachers. She has held various positions within the DNC as a member and staffer on the national and state level including serving as vice president of the College Democrats of America. Jones became the first black woman to become the executive director of the College of Democrats of America. She is the co-founder of black and Engaged, a multi-city civic engagement training series for millennial grassroots activists. Learn more about LaToia Jones here.